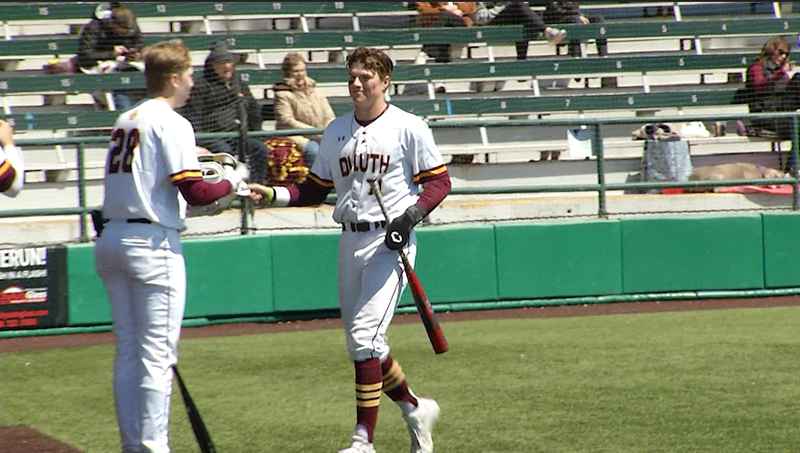 The University of Minnesota Duluth (UMD) baseball team was against Minot State in the NSIC playoffs in a winner moves on game.

In the top of the third Tosten Mann hit his 6th home run of the season putting UMD up 1-0.

Mann would add another two run homer to his resume later in the game, as the Bulldogs beat Minot 6-4.

Advancing to the NSIC semi-final game against Augustana where they saw their season come to an end, with an 11-1 defeat.