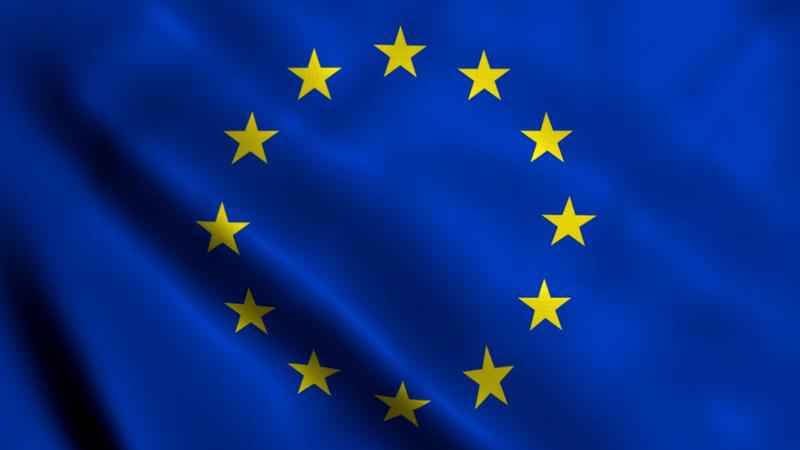 The flag of the European Union[MGN]

Ukraine’s President Volodymyr Zelenskyy called on the leaders of the European Union, who held an emergency summit on Thursday, to “stand side by side with Ukraine and stop the aggressor.”

In a statement published on his page in the messaging app Telegram, Ukraine’s leader called for “powerful economic and financial sanctions” on Russia, including cutting off SWIFT and imposing an embargo on oil and gas trade.

“Europe’s fate is being decided in Ukraine: if (Russian President Vladimir) Putin doesn’t get a decent rebuff now, he will move on further,” Zelenskyy said, adding that the EU could also help Ukraine with weapons and ammunition and support a UN peacekeeping operation.

“Our people are dying for the freedom of Ukraine and Europe,” the statement said. “We have waited for a long time at an open door. We asked about NATO membership and didn’t get a response.”

The European Union is planning the “strongest, the harshest package” of sanctions it has ever considered at an emergency summit as the Russian military attacked Ukraine.

European Commission President Ursula von der Leyen said that “the target is the stability in Europe and the whole of the international peace order, and we will hold President (Vladimir) Putin accountable for that.”

“We will present a package of massive and targeted sanctions to European leaders for approval,” she said. EU foreign policy chief Josep Borrell called it the “strongest, the harshest package” ever considered.

She said that “our measures will weaken Russia technological positions in key areas, actually from which the elite makes most of their money." She cited high-tech components and “cutting-edge software.”

Josep Borrell, the EU’s top diplomat, said he spent his day “reaching out all over the world” to organize a united front against Russia.

Borrell carried his two phones upon arrival at the urgent meeting of EU leaders held on Thursday evening in Brussels.

He said he called more than 20 countries.

“The African Union, (countries in) Latin America, in Southeast Asia, India, Japan, …. a lot,” he said.

Borrell added that the sanctions he prepared with the EU’s executive arm that were agreed by leaders in retaliation to Russia’s invasion of Ukraine will start having effect once adopted by the EU Council during a meeting of foreign affairs ministers scheduled Friday.

British Prime Minister Boris Johnson said he would aim to cut Russia off from the U.K.’s financial markets as he announced a new set of sanctions in response to President Vladimir Putin’s invasion of Ukraine.

The sanctions include freezing the assets of all major Russian banks, including VTB Bank, the nation’s second-biggest bank, Johnson said Thursday. Britain also plans to bar Russian companies and the Russian government from raising money on U.K. markets.

Britain will also ban the export of a wide range of high-tech products, including semiconductors, to Russia and bar the nation’s flagship airline, Aeroflot, from landing at U.K. airports.

The slate of sanctions comes days after Johnson was criticized for acting too cautiously in response to Russian aggression earlier this week.

Ukraine’s ambassador to the U.K., Vadym Prystaiko, earlier called on world leaders to ban trade in Russian oil and gas and block foreign investment in the country.

Germany’s economy minister says the country is putting in place additional measures to safeguard its energy supply amid the escalating tensions with Russia.

Germany gets about half of its natural gas and coal and about a third of its oil from Russia.

Robert Habeck told reporters in Berlin Thursday that measures already taken to fill gas reserves would ensure that “we will get safely through the winter.”

“Further measures have been put in place for the next winter”, he said, including legally requiring the owners of gas storage facilities in Germany to fill them during the summer.

Habeck said Germany’s national oil reserve would be sufficient for 90 days, should that need to be tapped.