Seven years ago Wisconsin’s Caitlin Kowalke made her marathon debut at Grandma’s Marathon. Now a mother, coach, and Olympic Trial hopeful she’ll make her return to Duluth Saturday for the first time since 2015.

That year Kowalke, then 25-year-old Caitlin Comfort, clocked a 2 hour 35.5 minute marathon to claim sixth place in the Grandma’s women’s division. It remains her fastest 26.2 mile time yet.

However, when that running season closed a new one began.

"I wasn’t even married yet, I was dating my now husband, then I had two kids between 2019 and 2020. Just a different season of my life," Kowalke shared.

A University of Wisconsin-Madison graduate, and two time Big Ten long distance champion, running runs in Kowalke’s blood. So after the birth of her first born she found a way to juggle both dreams of having a family and finding success on the big stage. 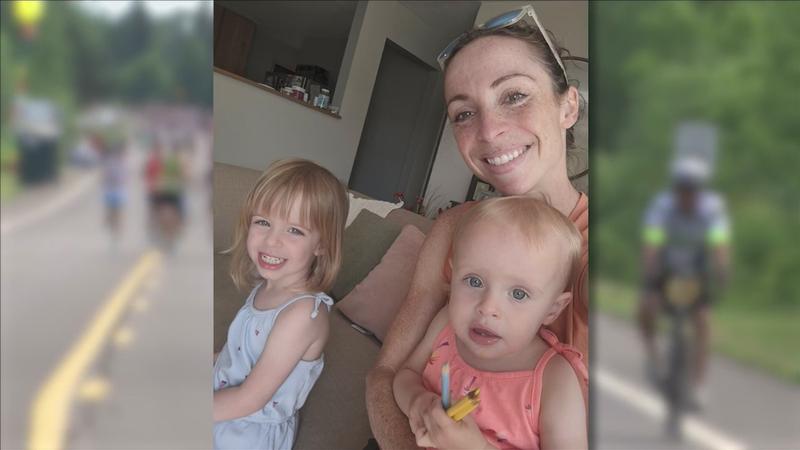 "I was healthy, I had a fine delivery so I was able to jump back into training about six weeks after having her," Kowalke said about her oldest daughter. She was training to meet a 2020 Olympic Trials qualifying mark, which she did.

"My goal wasn’t necessarily to go run as fast as I could. I just wanted to be in shape, in good enough shape to run the race and have a decent showing given having a daughter six months prior."

She hopes to return to the trials as this Grandma’s Marathon is also an Olympic Trial Qualifier. Reaching the standard women’s qualifying time of 2:37.00 however isn’t the mom of two toddlers’ only training hurdle.

"One of the things I would say that I kind of struggled with was feeling a little guilty after having kids and carving out all of this time to train," Kowalke explained. "But I realized that this is something that makes me a better person. It makes me a better mom, a better wife, and a better coach. Don’t feel guilty for carving out that time for yourself."

On top of her career and family, she founded her own coaching business Fearless Feet Running in 2016 helping athletes from coast to coast.

Now, however, it’s all about race day. "All the work is pretty much done so right now I just have to make sure that I step to the line mentally ready."