On Monday night, the Two Harbors City Council debated whether to hold a recall election for Mayor Chris Swanson.

Three citizens spoke about the allegations and their belief that a recall election is needed.

“The mayor had exhibited a pattern of behavior that shows a stunning lapse in judgment on multiple fronts and going way back for which he is completely unapologetic and shows no signs of remorse,” said resident Luann Udenberg.

“He has attempted to leverage personal, familial or business subordinate relationships by placing such associates on key boards, committees or commissions in this city, potentially gaining influence in the form of favorable decisions he would not have had were it not for his position as mayor,” said resident Tom Koehler.

The council debate was in response to a petition with signatures from 532 people eligible to vote in Two Harbors. Swanson stated multiple times during the meeting that he does not believe the petition was done properly. 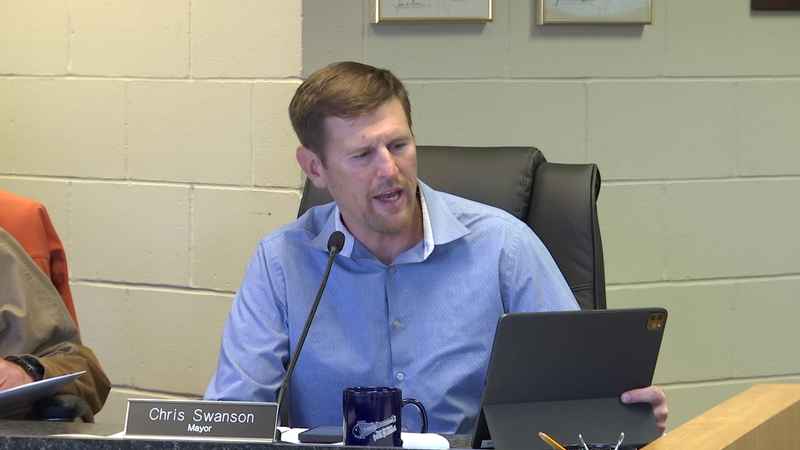 Two Harbors Mayor Chris Swanson was the only one to vote against having a recall election for his position. [WDIO]

“They repeatedly assured that their signatures would be kept confidential, nonpublic and unable to be seen by Mayor Chris Swanson,” the mayor explained.

Members of the Recall and Resign committee responsible for the petition denied the claim.

“They will sign again and again and they will vote when the time comes,” said resident Judy Olson. “Here we are. The people have made it clear they’ve had enough of Chris Swanson. If he truly cared about his city’s good, he would do the right thing.”

After much debate on whether a vote could legally occur, the council voted to hold a recall election.

Swanson himself was the only no vote. He declined to comment.