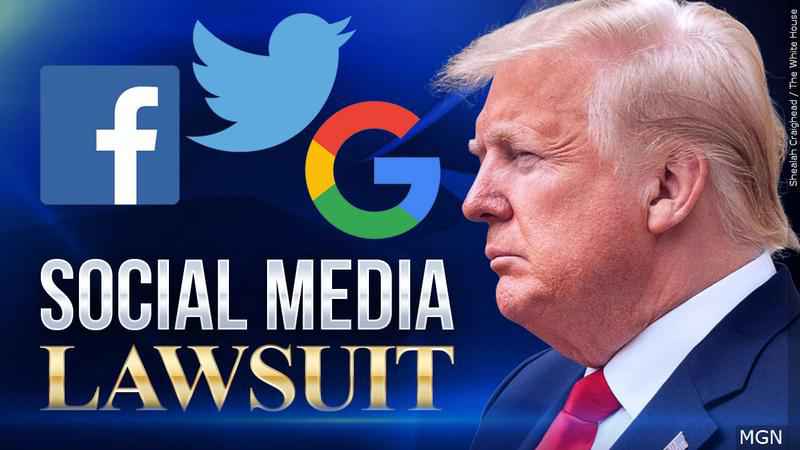 WASHINGTON (AP) – Former President Donald Trump has filed suit against three of the country’s biggest tech companies, claiming he and other conservatives have been wrongfully censored. But legal experts say the suits are likely doomed to fail, given existing precedent and legal protections.

Trump announced the action Wednesday against Facebook, Twitter and Google’s YouTube as well as the companies’ CEOs. He spoke at a press conference in New Jersey where he demanded that his accounts be reinstated.

Trump was suspended from Twitter, Facebook and YouTube after his followers stormed the Capitol building on Jan. 6. The companies cited concerns that he would incite further violence.