Trudeau said Canada’s carbon price as one of the most ambitious in the world.

"We put a price on pollution to make sure that polluting isn’t free, and consumers and businesses have the predictability to be able to make choices and investments that will reduce our emissions," the Canadian prime minister told reporters.

He compared the idea to the 15% minimum corporate tax that more than 130 countries have agreed to implement in a bid to stop big multinational corporations from avoiding taxes by funnelling their profits through low-tax countries.

Carbon pricing has been highly controversial in Canada, with Conservative provincial legal challenging the environmental initiative legally, and taking their fight all the way to Canada’s highest court, which has upheld the program. 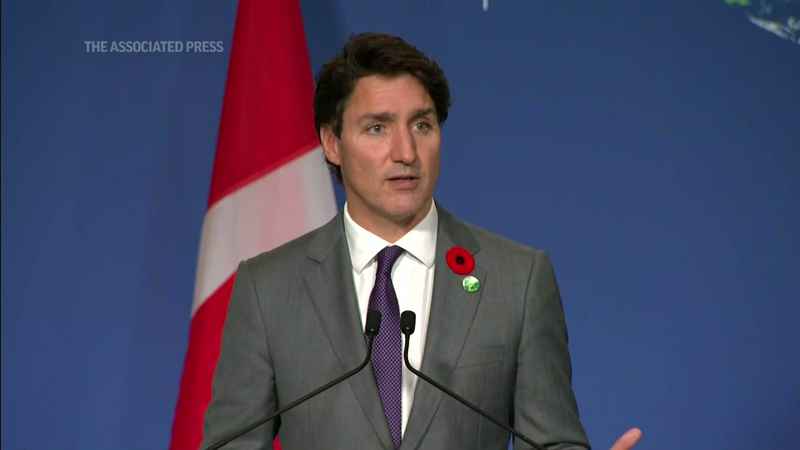 As the climate change conference unfolds in Glasgow, Scotland, world leaders have promised to protect Earth’s forests, cut methane emissions and help South Africa wean itself off coal at the U.N. climate summit Tuesday – part of a flurry of deals intended to avert catastrophic global warming.

Experts and observers said fulfilling pledges will be critical to limiting climate change, but many noted that such grand promises have been made in the past – to little effect.