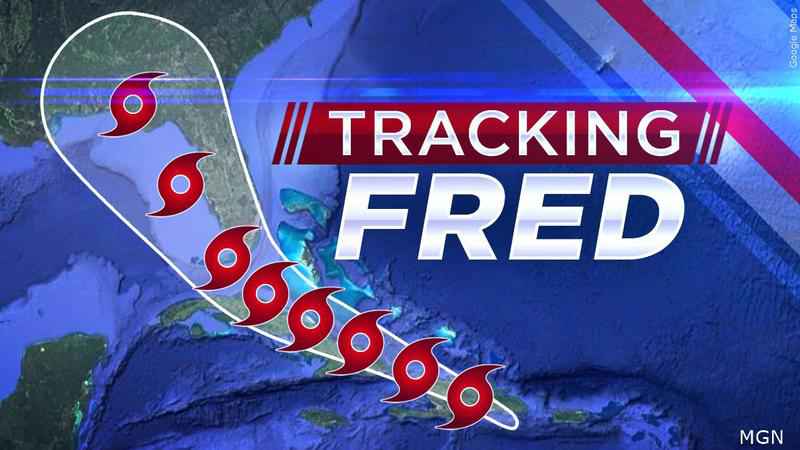 SAN JUAN, Puerto Rico (AP) – Tropical Storm Fred has made landfall in the Dominican Republic, with forecasters warning that heavy rains could cause dangerous flooding and mudslides there and in the neighboring country of Haiti. The forecast track would bring it near Florida by the weekend.

After a quiet month in the region, Fred became the sixth named storm of the Atlantic hurricane season late Tuesday. Tropical storm warnings have been discontinued for the U.S. Virgin Islands and Puerto Rico, though heavy rains and power outages were reported. Forecasters said Fred’s center could be over the southeastern Bahamas Thursday and north of Cuba on Friday as it approaches the U.S.

Forecasters believe the disturbance heading toward the Lesser Antilles could become Tropical Storm Fred later Monday night. It has been more than a month since the last storm, Hurricane Elsa, formed.