A traveling history museum, known as the Bu-seum, visited Duluth Monday at the CJM Memorial as part of an ongoing tour.

The touring exhibit is organized by TRACES Center for History and Culture.

Their new exhibit is “Hidden or Forbidden No More: Prequels to the ‘Greatest Generation’”.

In the specially-retrofitted school bus people can learn about the anti-German hysteria of WWI, the flu pandemic of 1918-19, the “Second Wave” of the Ku Klux Klan in the Midwest of the 1920s, and more.

“All of these topics that we organized before Corona broke out and before George Floyd was brutally murdered in South Minneapolis,” explained curator Dr. Michael Luick-Thrams. “Sadly, all five topics have contemporary equivalents.” 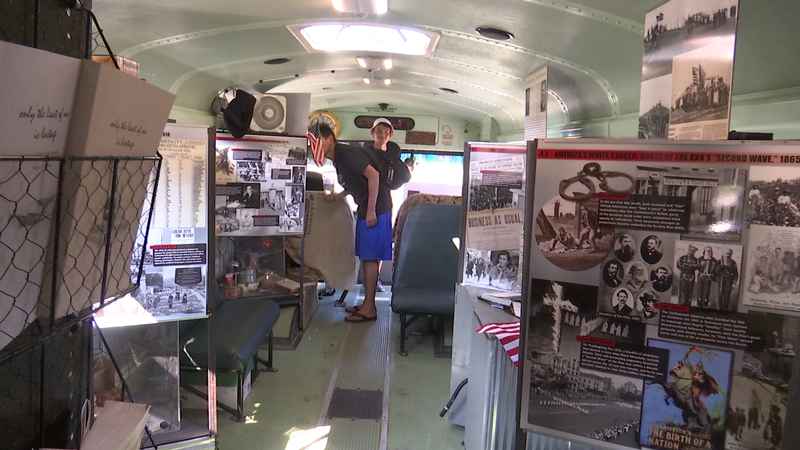 Rogier Gregoire, a member of the Board of Directors for the CJM Memorial, said he believes the touring bus is an important project in helping American’s see their own past in a clearer picture.

"Let’s hope that they continue to persuade people to look more carefully at what it means to be a human being,” Gregoire said of the project, “And how important it is to treat other human beings with the same notion of identity.”

More information on the project can be found here.