Several people were injured and many more were displaced Thursday after a tornado ripped through part of a southern Ontario city.

Barrie Mayor Jeff Lehman said that while the tornado that hit a neighbourhood in the city’s south end caused extensive property damage, as of Thursday evening, no deaths were reported and no one appeared to be unaccounted for.

"I can’t tell you how incredible it is that nobody has been killed, and I hope that as all the secondary searches are completed and the patients are treated in the hospital, that that continues to be the case," he said.

"Because this certainly could have been a much more serious disaster."

Paramedics said eight people were taken to hospital, including four who suffered serious injuries. Seven of those hospitalized were being treated for trauma and one for a medical condition, they said. 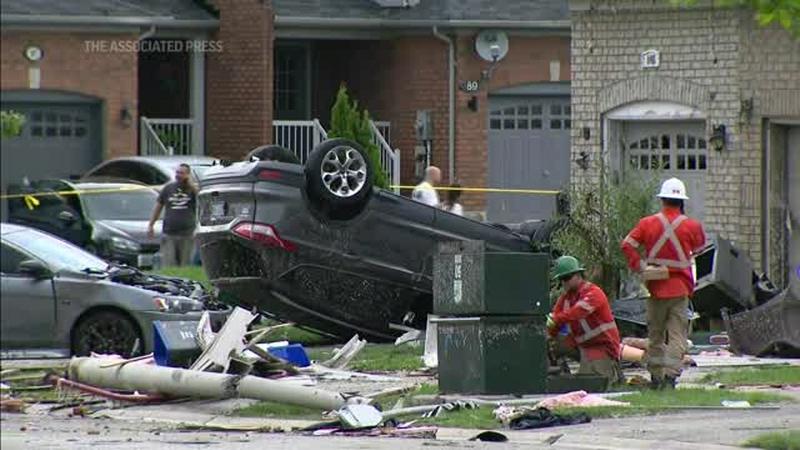 Others who suffered more minor injuries were treated at the scene, said Andrew Robert, the chief of paramedic services.

Emergency crews continued to go door to door to check on residents in the hours following the tornado, and urged all others to stay away from the area, which spans five or six streets.

Fire officials said up to 25 buildings suffered significant damage, with roughly 20 considered uninhabitable at this time and two or three "completely destroyed."