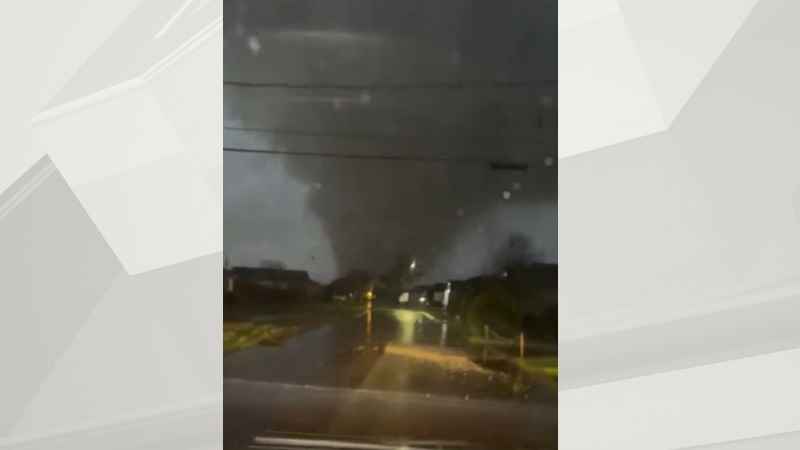 A tornado in Arabi, Louisiana[Drew and Matthew Burke]

NEW ORLEANS (AP) – A tornado tore through parts of New Orleans and its suburbs, ripping down power lines and scattering debris in a part of the city that had been heavily damaged by Hurricane Katrina 17 years ago.

St. Bernard Parish Sheriff Jimmy Pohlmann said during a news conference that one person was confirmed dead and multiple others were injured in the suburb.

Other tornadoes spawned by the same storm system hit parts of Texas and Oklahoma, killing one person and causing multiple injuries and widespread damage.

A video taken by a local television station showed a large black funnel visible in the darkened sky looming among the buildings in the eastern part of New Orleans.