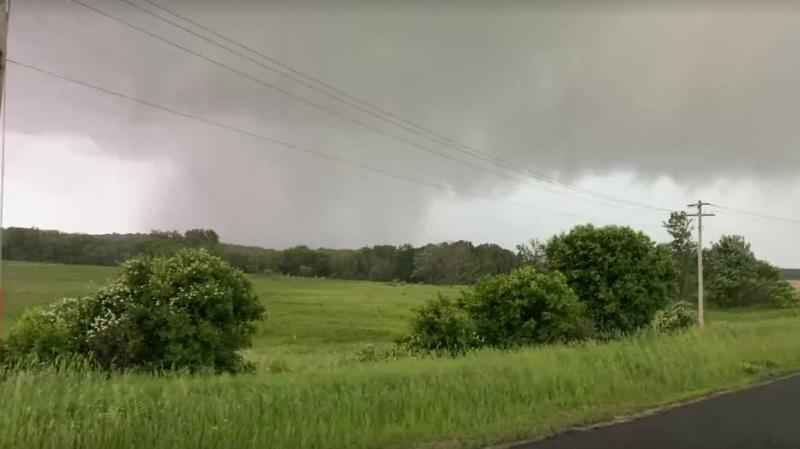 A snapshot of a video taken by Tyler Hansen in Oakdale, Wis.[Tyler Hansen]

The La Crosse Tribune reports the tornado spotted Wednesday in Tomah was described as “large and extremely dangerous” and debris has been seen “lofted” on radar.

The tornado also was spotted 7 miles (11.27 kilometers) northeast of Mauston just before 5 p.m.

The tornado was described as “rain-wrapped,” making it difficult to see.

The severe weather came amid a heat wave that pushed temperatures into the 90s and beyond Wednesday in a stretch spanning from northern Florida to the Great Lakes and covering about a third of the country’s population.