TAOPI, Minn. (AP) — Residents of a small farming community in southeastern Minnesota are working to recover from a devastating tornado that destroyed half of the town’s homes, toppled tall trees and left piles of debris in its wake. Governor Tim Walz is planning to visit Taopi on Thursday to survey the tornado damage and meet with Taopi residents.

An EF2 tornado with peak wind speeds of 130 mph (209 kph) struck Taopi near the Iowa border late Tuesday night, tearing the roofs off houses, overturning vehicles and bringing down power lines. There were no reports of serious injuries.

Volunteers from the area arrived Wednesday to help residents clean up the debris in the community of about 80 people. Family members sifted through rubble looking for keepsakes.

“Half the town is gone,” City Clerk Jim Kiefer said. Of Taopi’s 22 homes, at least 10 are beyond repair, with roofs and walls missing, he said. Kiefer said his house is OK, but his mother’s is a total loss, the Star Tribune reported. 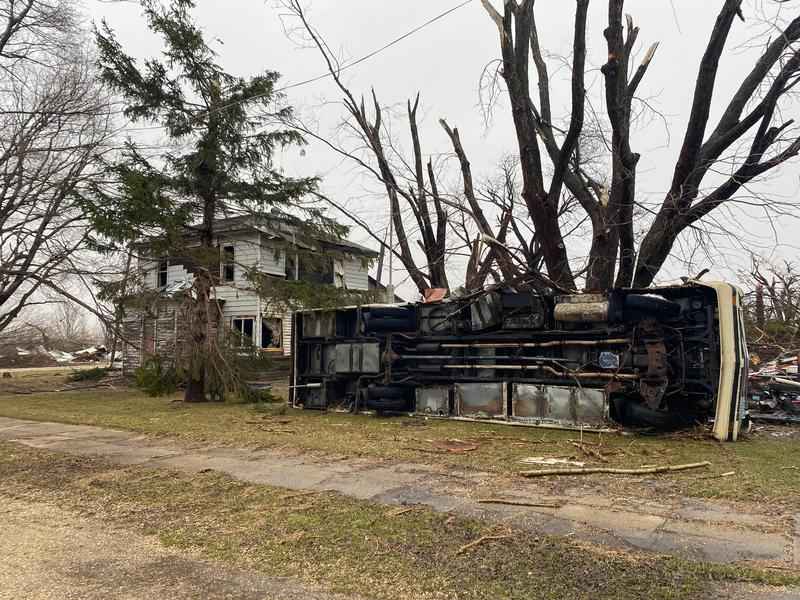 The community has been remodeling a former grocery store on Main Street which was to become the new town hall. But, a power pole landed on the historic wooden structure, which will now have to be razed, Kiefer said.

The season’s first round of severe weather also caused damage in Spring Valley in Fillmore County and other parts of southeastern Minnesota, according to the National Weather Service in La Crosse, Wisconsin.

Kiefer was unsure what would happen to Taopi.

"We don’t know,” he said. “We are still trying to grasp what happened.”