It was a milestone moment on Tuesday for Essentia Health’s Vision Northland project in Duluth.

A "Topping Out" ceremony was held to honor the last beam placed on top of the soon-to-be hospital, marking the structural completion of the largest private investment in Duluth’s history.

"As we transform the downtown medical campus, the $900 million investment will now create world-class medical facilities to match Essentia’s world class medical staff," said Dave Gaddie, chair of the board of directors at Essentia.

The project now enters its next stages and is over 53% complete.

Local and state leaders were present to show their support for the project’s growth. Senator Amy Klobuchar saying, "we were proud to help Essentia during this time with funding from Washington and with telehealth and we’re going to continue that help in any way." 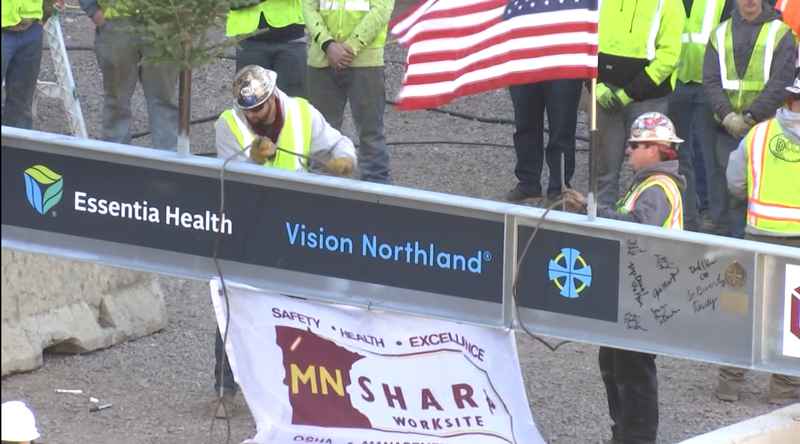 "The way this community has been responding and acknowledging that this is for our greatest good – that this is where we’ll be the epicenter of healthcare in the region – has been incredibly exciting."

Alongside the feat of having the project currently ahead of construction schedule, the project manager said their workers spent over 1 million hours on the job as of September and there has been only one lost-time accident.