Getting into running can be a challenge at first.

“Your body is going to be like, why are you doing this? I want to stop. I want to stop now, stop now,” said ASICS Tech Rep Jenifer Munson. “Mentally, you have to be a little bit tough because you have to say, no, I would like to keep going.”

Runners of all skill sets have to start somewhere.

“I like to pick out landmarks in the distance. So like we’re going to go to that tree and then keep going. And then the next three, we’re going to keep going and keep going,” said Munson. “It’s just getting into that mental toughness and then your body will follow that. And it’s definitely an ordeal to start running. But once you stick with it and get with it, it gets better. It always gets a little bit better.”

Tortoise & Hare Sales Associate Calvin Caron got into running around two years ago. 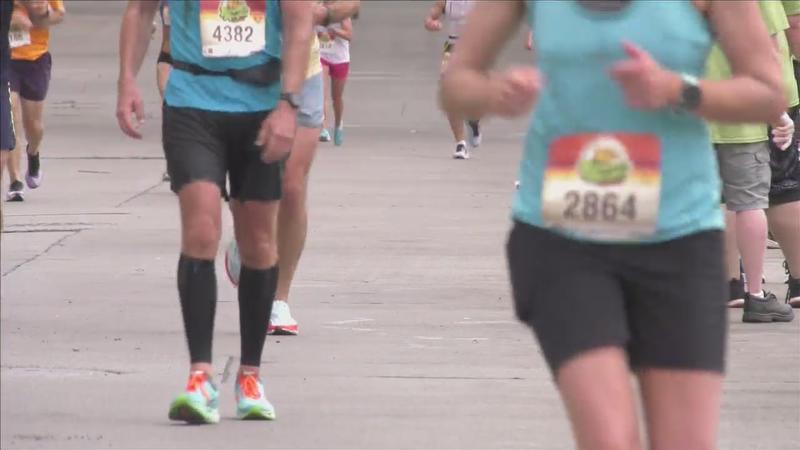 “It was in the middle of the first two weeks of COVID lockdown, and I was just trying to get out of the house and find something that was a healthy habit,” said Caron.

A year and a half into running, Caron ran his first marathon. Taking small steps at first worked for him.

“You could do half running, half walking. You don’t have to do straight running all the time right away. Just go really slow,” said Caron. “Maybe if you like being in the woods, go do some programs so you’re distracted from the fact that you’re running.”

“That’s hard because you’re like, ‘Oh, yeah, I ran five miles yesterday. Why can’t I tack on six more miles?,’ said Munson. “And it’s because your body’s not used to it and it won’t break down. Those first six miles are going to feel great, but the next like five are going to be like, ‘Why are you doing this? My feet hurt, my knees hurt, my back hurts’. Things you don’t associate with running like your lumbar are going to hurt.”

Once you start, running has many advantages.

“I need something to take my mind off of my job or my relationship or just anything that’s going on in your life,” said Muron. “A lot of people do yoga with that or a lot of people do other things. For me, it’s just running, and it’s a pretty easy sport to pick up because all you need is a tank top and shorts and a pair of shoes.”