Tickets for Hockeyland premiere in the Northland on sale now 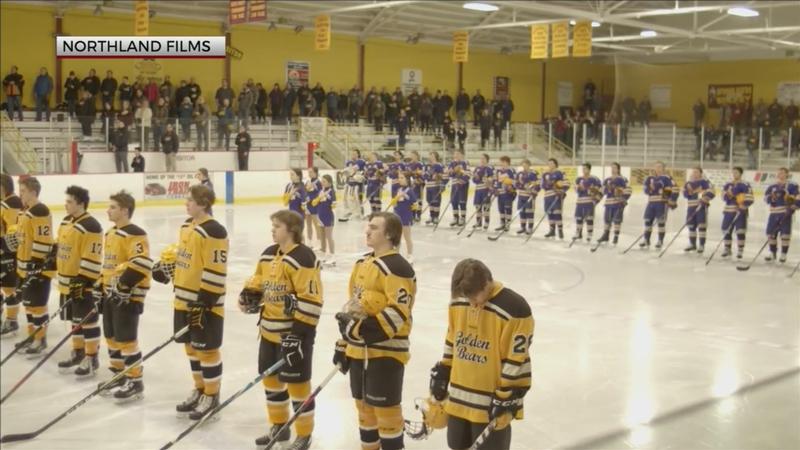 Get your tickets now for Hockeyland, with premieres in the Northland in February.[Courtesy of Northland Films. ]

“This film has been a decade in the making, and in my bones since growing up in Mountain Iron in the ‘80s.” said director Tommy Haines. “We can’t wait to bring it home to the northland, starting right here in Duluth and on the Iron Range.”

The film will have its Duluth premiere on Wednesday, February 2 at Zeitgeist Arts’ Zinema 2, and its Iron Range premiere at the Historic Hibbing High School Auditorium on Friday, February 4. The Minneapolis premiere on February 5 will be a part of the Great Northern Festival.

Hockeyland tells the story of the memorable 2019-20 hockey season, one of the last seasons for the Eveleth-Gilbert Golden Bears and a state tournament run for the Hermantown Hawks. The film had its sold-out world premiere at DOCNYC, America’s largest documentary film festival where it received critical acclaim including “A must see…as fresh as a newly Zambonied sheet of ice.” (Indiewire), “A++++++” (Vintage MN Hockey) and “Best to watch this film in front of a fire.” (The Guardian). Hockeyland will continue its festival run following these special Minnesota screenings and will be released in theaters and for home viewing later in 2022.