Warmer weather is here, but so is everyone’s least favorite critter: ticks.

“The adult peak in a normal year would have passed by now, but at least as of a couple of weeks ago, there were still a lot of adults out,” said UMN School of Public Health Assistant Professor Jon Oliver. “Typically we would see the peak in nymphs activity this month in June, and then it’ll start declining in July. And then those ticks should be gone by August in a typical year.”

Tick activity appears to be peaking currently, and there are also more of them. An increase in ticks is not unusual for the Northland.

“We see more deer ticks out in Minnesota, and they have a greater geographic range and a greater density on the ground. That’s been the trend here for the last 25 or 30 years,” said Oliver 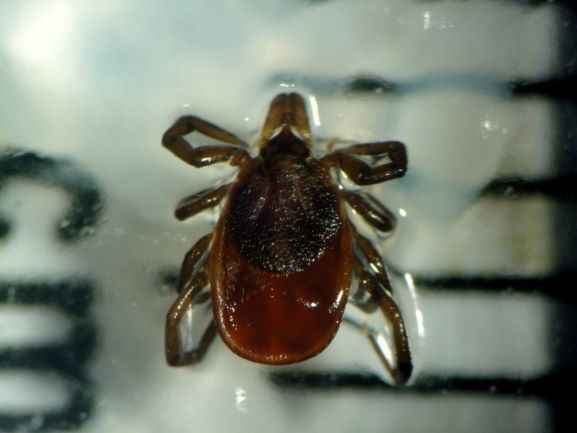 “There are two areas in the country that’s really high risk for Lyme disease. One is the eastern seaboard around New York and Connecticut, and the other one is right around the Saint Croix River Valley, up to Bayfield and over up into northern St. Louis County,” said UMD Professor of Biomedical Sciences Ben Clarke. “We’re a pretty big risk area for the black-legged tick that causes or spreads the Lyme disease bacteria.”

“Lyme disease is very common depending on where you are in the state, anywhere from a quarter to half of adult ticks probably have the Lyme disease bacteria in them,” said Oliver. “It’s a little bit less common in the nymphs but it still can be quite a high proportion of them that have the bacteria.”

The UMD Medical School collects ticks and tests them for Lyme disease in order to develop a tick risk map.

“What we try to do is post where we get ticks from people from the public, and we’ll list those ticks that actually carried the bacteria that causes lyme disease and put that on the map, too,” said Clarke. “So that somebody can see in our area whether they’re going to any of the hiking trails or they’re out on the golf course or whatever you have they can see, you know, what’s the relative chance of coming across a tick that would have the bacteria that causes Lyme Disease?”

If a tick with Lyme Disease does get on you, you have time to remove it before becoming infected.

“Luckily, it takes more than 24 hours for a feeding tick to transmit the Lyme Disease bacteria to a person,” said Oliver. “If you do daily tick checks, then you’re greatly reducing your chances of contracting Lyme.”

“Showers are a very good way to get the ticks off or a sauna and something that’s very popular up here. Warm, warm temperatures will make them disengage,” said Clarke. “However, once they’ve made the bite and they’ve inserted, it’s pretty tough. To get them off, you have to actually pull them out with tweezers.”

Pulling them out with tweezers is essential as alternative methods can be risky, such as covering the tick with Vaseline or touching it with a hot match.

“Any of those alternative methods can cause the tick to regurgitate its stomach contents into your body and can actually increase the risk of disease transmission,” said Oliver.

Once you do get the tick off, you can help UMD’s research by sending it to the medical school.

The address to send it to is: