The comeback continues to rise for cassette tapes 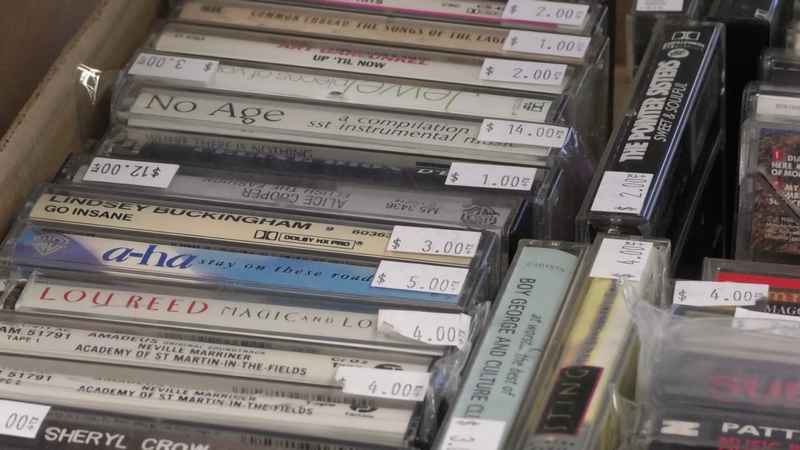 The cassette market has seen an increase in presence over the past several years. [WDIO, File]

The popularity of buying and collecting cassette tapes has been on the increase.

"The cassette market has gone from zero to a hundred in two years. A few years ago, we actually just throw our inventory away. We have nobody buying cassettes. I am not sure why, but there has been an increase in demand for them," says Tom Unterberger, the owner of Global News/Vinyl Cave in Superior.

Sales of cassette tapes in the United States have increased by double-digit percentages in recent years, according to Nielson reports.

Everyone has been trying to cash in on the chance to make some profits, specifically one industry Unterberger mentions.

There is one important thing to watch out for in those cassettes. "They do dry out; the little pads on the inside where the tapes hit the player. They dry out and fall off, and a lot of them get thrown away because they do not work anymore. There is a condition issue with cassettes," explained Unterberger.

At Global News/Vinyl Cave, the prices of their cassettes can vary. "The stuff we sell probably averages three bucks, but we have some of them for up to a hundred. We have a lot of them that are a dollar," says Unterberger.

Some of the tapes can cost you a pretty little penny.

"Stuff from the ’90s, when everybody was buying music on CDs they were still manufacturing a few cassettes and a few things on vinyl, so that stuff is hard to find. They were limited releases on purpose; they did not make that many of them. There was not much demand for them, and now people are going back and trying to find them, and they are pretty tough.”