Summer fun for the whole family is returning to the Duluth Public Library. After being canceled during the COVID-19 pandemic, the library kicked off Kaleidoscope Days on Tuesday. The Circus Science Spectacular performed under the main library’s plaza.

The kids had a lot of fun Tuesday, watching juggling and learning about science. The staff at the library are excited for the return of their summer programs.

"We didn’t have this last year because of the coronavirus, so we’re so excited to welcome everyone back to the library and make this happen again," Heidi Harris, Duluth Public Library said.

The library officially reopened to the public on June 7, and with two of its biggest summer programs returning, Kalaeidescope and the City Sounds Concert Series, more people will come to the facilities.

“Opening up the libraries for regular use again has been as exciting for staff as it is for the people we serve,” Carla Powers, library manager said in a press release. “We missed having in-person connections with the community and are so happy to welcome everyone back.” 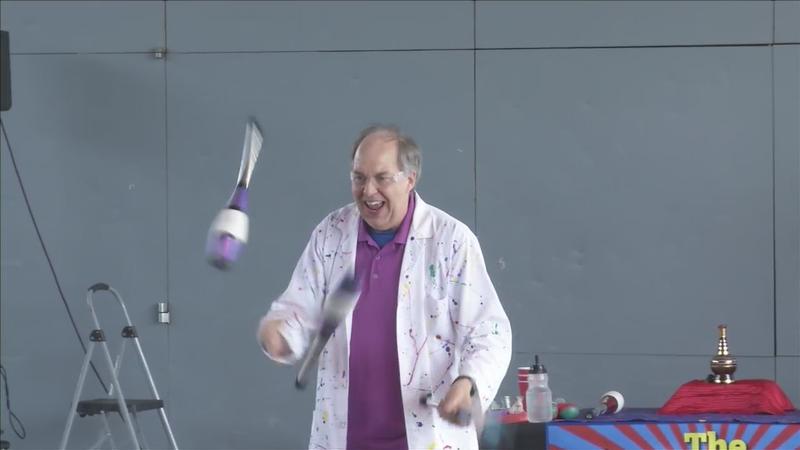 The Circus Science Spectacular, part of Kaleidoscope Days at the Duluth Public Library[WDIO]

The Kaleidoscope programs will be held in the same spot, the Main Library Plaza every Tuesday at 10:30 a.m. and 1:30 p.m.

Kaleidescope performances are geared towards kids and caregivers and include magic shows, juggling acts and dance parties. Attendees can enjoy a show and then visit the library to borrow books, movies, toys and more. Regularly attract hundreds of attendees.

This year’s Kaleidescope performances Tuey & Juggling Skills has been canceled. No reason was given by the Duluth Public Library.

The Dollipops will be the next program on July 27th, with Brodini Comedy Magic Show on August 3rd. A sign language interpreter will be present at all 1:30 shows.

More information from the Duluth Library.