The girls blue and grey squads took to the pitch for the first match of the night.

Grey would tie the game forcing a shootout victory.

The boys game took place immediatly after the girls concluded. 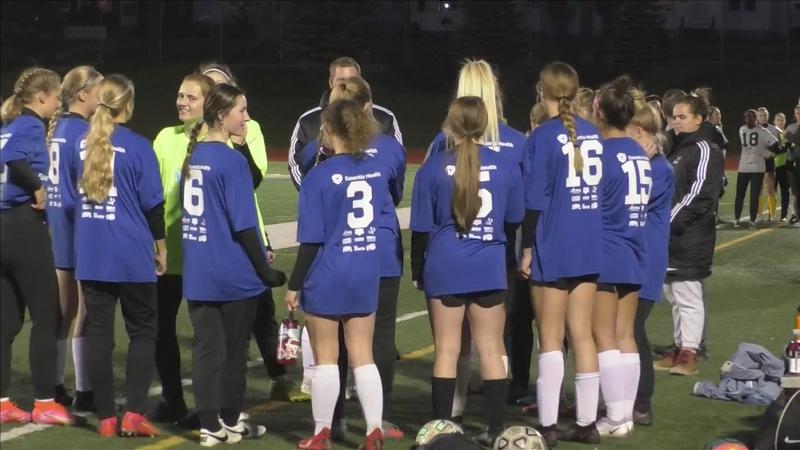 East’s Jackson Descombaz opened the scoring for the blue team.

The game was tied 3-3 after regulation before the grey team finished it off in penalty kicks.