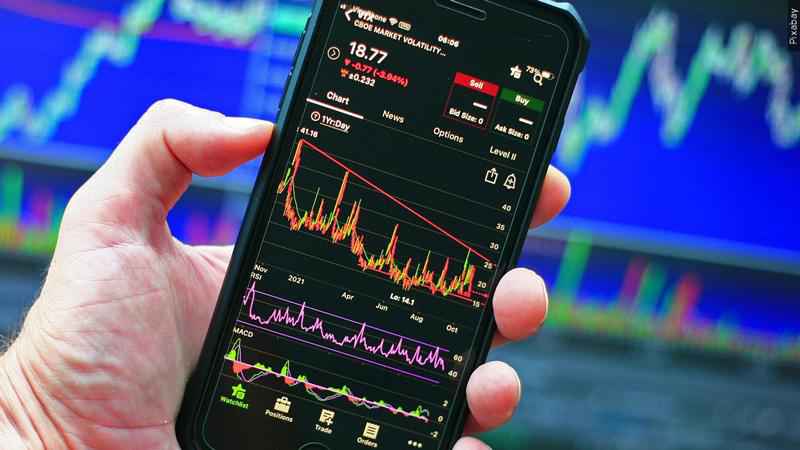 NEW YORK (AP) — Stocks rose in roller-coaster trading on Wall Street Wednesday following the Federal Reserve’s sharpest hike to interest rates since 1994, and its assurance that such mega-hikes would not be common.

The S&P 500 was 1.3% higher in afternoon trading after several sudden moves up and down immediately after the Fed’s announcement. Treasury yields were sharply lower but also jerked up and down as investors struggled to digest the third interest-rate hike of the year and what Chair Jerome Powell said about future moves.

The Fed hiked its key short-term interest rate by three-quarters of a percentage pint, triple the usual move, in its quest to beat back high inflation. Powell said the Fed may consider an increase of either half a point or three-quarters of a point at its next meeting in July before increases may fall back to more normal amounts.

“The Fed is serious about inflation,” said Brian Jacobsen, senior investment strategist at Allspring Global Investments. “Instead of trying to let it naturally fall they want to give it a good shove even if it means slowing growth” for the economy.

Investments around the world, from bonds to bitcoin, have tumbled this year as high inflation forces the Federal Reserve and other central banks to swiftly remove supports propped underneath markets early in the pandemic. The fear is that too-aggressive hikes in interest rates will force the economy into a recession.

The Fed is “not tying to induce a recession now, let’s be clear about that,” Powell said. He said Wednesday’s big increase was about the Fed speeding up the move to get interest rates back to normal more than anything, calling it “front-end loading.”

Even if central banks pull off the delicate trick of slowing the economy just enough to stamp out inflation, without a recession, higher interest rates push down on prices for investments regardless. The hardest-hit have been the investments that soared the most in the easy-money era of ultralow interest rates, including high-growth technology stocks and cryptocurrencies.

Treasury yields have shot to their highest levels in more than a decade on expectations for a more aggressive Fed, though they eased Wednesday following Powell’s comments. A disappointing report showing that sales at U.S. retailers unexpectedly slumped in May from April contributed. So did a weaker-than-expected report on manufacturing in New York state.

The economy is still largely holding up amid a red-hot job market, but it has shown some signs of distress recently. A preliminary reading on consumer sentiment last week, for example, sank to its lowest reading on record due in large part to high gasoline prices.

The two-year Treasury yield fell to 3.26% from 3.45% late Tuesday, with the biggest move happening after Powell said not to expect 0.75 percentage point rate hikes to be common. The yield on the 10-year Treasury pulled back to 3.36% from 3.48%.

“The bond market right now is driving the broader market and that will continue," said Jay Hatfield, CEO of Infrastructure Capital Advisors.

Its tumble has worsened as investors ramp up their expectations for how aggressively the Fed will move on interest rates.

A week ago, almost no one was expecting a hike of three-quarters of a percentage point, which is the widespread expectation for this afternoon. But a stunning report on Friday sent shudders through markets when it showed inflation at the consumer level unexpectedly accelerated last month.

It dashed hopes on Wall Street that inflation may have already peaked, and the data seemingly pinned the Federal Reserve into having to get more aggressive. The Fed has gotten criticism for moving too slowly earlier to rein in inflation. Other central banks around the world are also raising interest rates, adding to the pressure.

Japan’s central bank has kept rates near record lows. That has caused the yen to fall to two-decade lows against the U.S. dollar as traders shift capital in search of higher returns.

The war in Ukraine has helped send prices for oil soaring because the region is a major producer of energy. COVID infections in China, meanwhile, have led to the closure of factories and disrupted supply chains.

It all helped pull the S&P 500 down more than 20% from its record set in early January, putting Wall Street into what investors call a bear market.

Markets were more relaxed Wednesday, with stocks climbing across Europe and some of Asia.

Germany’s DAX returned 1.4%, and the French CAC 40 rose 1.3% after the European Central Bank called an unscheduled meeting to address worries that rising interest rates will cause turmoil in the continent’s bond market. The central bank did not give a detailed plan, but it said it would act if needed against “fragmentation” as yields for some European countries’ bonds rise much more than for others.

Stocks in Shanghai gained 0.5% after government data showed Chinese factory activity rebounded in May as anti-virus controls that shut down businesses in Shanghai and other industrial centers eased. Stocks in Seoul and Tokyo, though, fell more than 1%.