All it took was two games for sophomore JoJo Chobak to cement her glove as another stellar starter in a long line of legacy University of Minnesota Duluth (UMD) women’s hockey goaltenders. She has stepped up for Emma Soderberg, competing for Team Sweden in the Olympics, who trained up behind gold medalist Maddie Rooney.

"The goalies that have come in and out of this program are truly really amazing," Chobak said. "It’s awesome to be a part of some program that I know can produce such great goalies." She added, "also backing them up, you learn a lot from them in that experience. Whether or now you’re playing you can watch that and learn from that, and mentally prepare every game kind of in their shoes."

Last Friday Chobak became just the second Bulldog ever to notch a shutout in their first career collegiate start as they downed Ohio State University 1-0. She notched 65 total saves over the weekend coming out with a split series at the then-number two Buckeyes.

"What a tremendous weekend for her especially game one, that win [was] such a tight battle for two high flying offenses," head coach Maura Crowell said. "JoJo was lights out for us and couldn’t be happier for her and the way everything went down."

Chobak and the No. 5 Bulldogs (14-8) return to AMSOIL Arena this weekend hosting Minnesota State University, Mankato Friday and Saturday at 3:01pm. 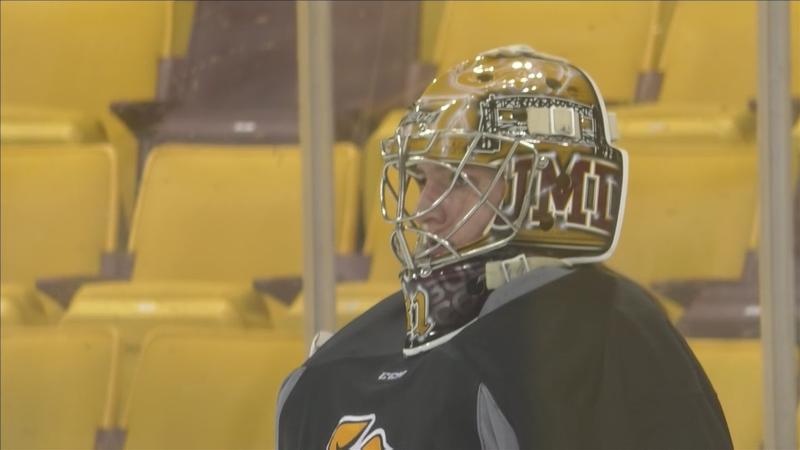