After battling cancer throughout this season, University of Minnesota Duluth (UMD) sophomore goaltender Zach Stejskal was back between the pipes over the weekend.

On Saturday, during their series finale against the University of Denver, Stejskal stepped in for Ryan Fanti who was bitten by a stomach bug. It marked his first game back since stepping away to battle testicular cancer in October, 2021. It gave the Bulldogs the emotional boost needed to beat a higher ranked Denver squad.

"To just be back on the ice with all the guys again was a special moment for sure," Stejskal recalled.

Next up the No.7 Bulldogs will host No.9 North Dakota for the first time since November 20th. Puck drop at AMSOIL Arena on Friday is set for 8:06 p.m. 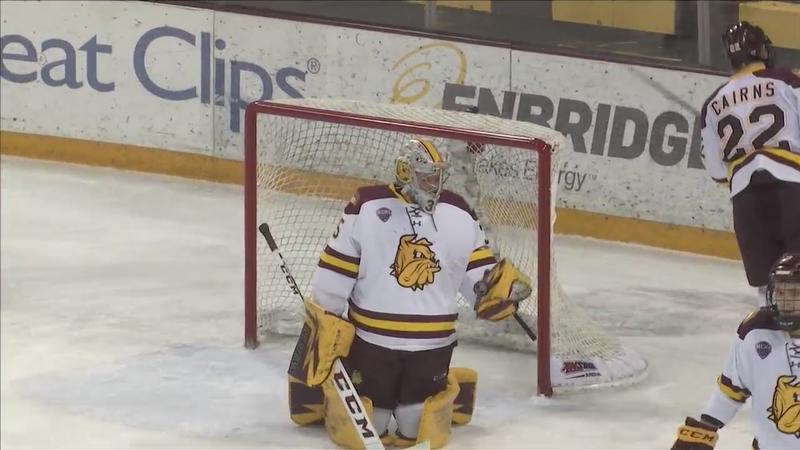