In the early afternoon Class AA quarterfinals, Sophia Parendo hit a walk-off two run RBI to lift top-seeded Proctor past Pipestone 7-6. Then the Rails would rally to defeat number four Maple Lake 2-1 in the 12th inning thanks to a Payton Rodberg sacrifice fly.

They advance to face Chatfield for the Class AA crown on Friday at 2pm. This marks the Rails first state trip since 2006.

In Class A seecond seeded Moose Lake/Willow River first shutout Wabasha-Kellogg 10-0 to advance to the semifinals. The Rebels would then down number three Randolph 3-2 thanks to a game winning RBI from Hanna Roach in the seventh inning.

They’ll battle top-seeded Nicollett Friday at 2:30pm also at Caswell Park. This is their first state tournament as the Rebels, with the Moose Lake Lakers making the city’s last trip in 1982. 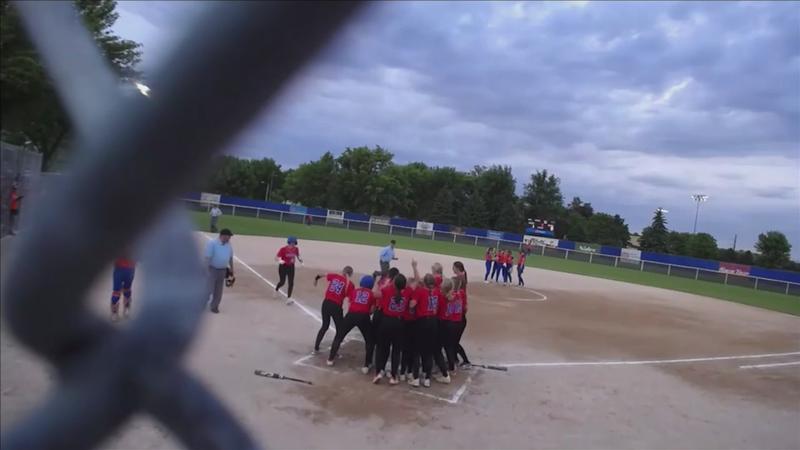 Rebels' Sandra Ribich comes home from a solo home run in the Class A semifinals Thursday at Caswell Park.[Prep Spotlight]

Click here for the Class A and Class AA brackets.