In a month the puck will drop on the 7th annual Twin Ports Pro Development Camp (TPPDC). The four days of hockey training will be led by a star studded coaching staff of former University of Minnesota Duluth (UMD) Bulldogs, Northland standouts, and professional players.

A core group of instructors will make their return for the 2022 camp, including Brenden Kotyk. "Brenden has been here for the last four-five years with us [and] he’s going to try and make it back again this year," Brett Olson said, the head instructor and owner of TPPDC. Kotyk, a former UMD and College of St. Scholastica (CSS) hockey player, is currently serving as the head coach of the ECHL’s South Carolina Stingrays.

Andy Welinski, who Olson said has been here since the very beginning, will also return for the camp. The Duluth native, and UMD alum, spent the 2021-2022 season skating for the Calgary Flames’ AHL affiliate the Stockton Heat tallying 19 points in 39 games played. 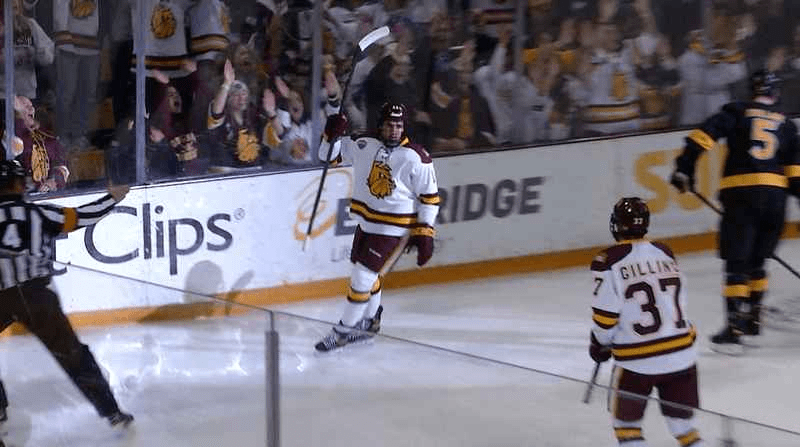 Joining them will be a pair of returning Bulldog instructors, Gabbie Hughes and Koby Bender. A Cloquet native, Bender wrapped up his fifth year at UMD then signed a tryout deal with the AHL’s Bridgeport Islanders, affiliated with the New York Islanders. An assistant captain last year, Hughes will serve as a captain for her fifth season at UMD this upcoming year.

Olson added that, "playing overseas Paul Bittner from Crookston, Minnesota, [who[ has some ties to the Northland, is also going to be helping out. Then our goalie coach is going to be Ben Patt once again, so we’re looking forward to having him back." Patt closed out this season with the Bulldogs as a redshirt fifth year making 56 saves across two games.

The camp, for boys and girls from bantam to squirts, runs from July 25th to July 28th at the Superior Ice Arena. For more camp details, or to register, click here.