It’s no surprise that residents of International Falls know how to make the most out of our cold winters. Each year the Chamber holds a wacky winter festival called Ice Box Days to celebrate what has become known as the “Icebox of the Nation.” This years festival was held last weekend on January 14-16.

Ashley LaFrance shared pictures of snow sculptures that she and her sister Megan Klemesten and their uncle, Jesse Lutgen created for the contest with WDIO News. Ashley said that Uncle Jesse is the artist and they have worked together for the past few years to create the masterpieces.

This year’s designs include "Bronco the Gnome hockey player," "Baby Yoda," which was chosen by Megan for her daughter Emersynn, and a "Pancreatic Cancer ribbon in memory of Annette."

These creations are entered into the contest. According to the radio station’s Facebook page, residents have until January 28th to enter. Prizes are $250 in Chamber Dollars or $104.10 in cash. 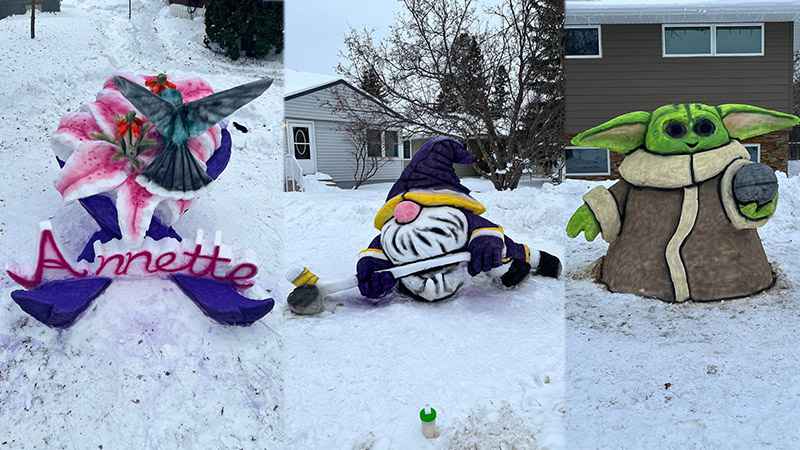 With extreme cold temperatures in our forecast, it looks like these snow sculptures will be around for awhile.