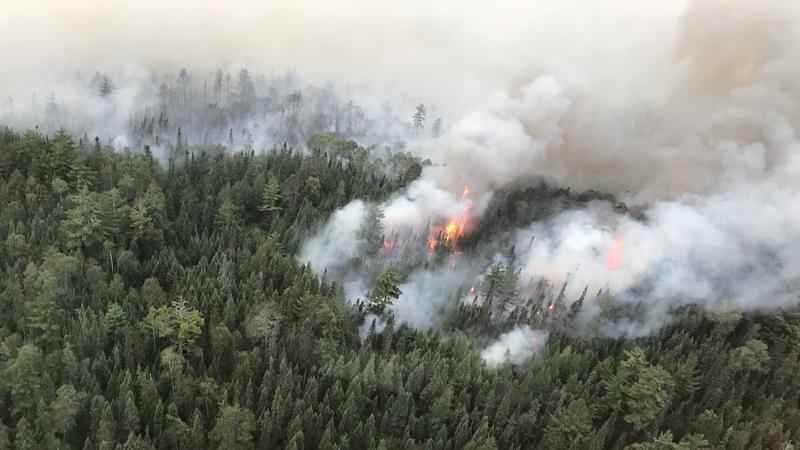 Three small new fires have been reported in Quetico Provincial Park as five larger fires continue to burn in the park along the Ontario-Minnesota border.

The new fires that started Thursday have only burned a combined total of one hectare (2.5 acres), and one of the three was already declared to be out by Friday.

The Quetico fires have sent smoke into Minnesota and have been cited as one of the concerns that led to the closure of the Boundary Waters Canoe Area Wilderness.

The largest Quetico fire is still only the fourth-largest of the 81 active fires in northwestern Ontario as of Friday. The largest, burning northwest of Kenora, has burned 200,667 hectares (495,859 acres).

Three new fires were confirmed in Quetico Provincial Park (Fort Frances district) yesterday, and one new start so far today. All under 1 hectare in size, one of these has already been declared out. Here is a recent photo of fire activity in the park. https://t.co/XPnoZFTS24. pic.twitter.com/Ctux6w3Ey5