The Section 7AA, and 7A play-in games took place on Saturday.

No.8 Cloquet-Esko-Carlton was at home against No.9 Duluth Marshal.

Noah Knutson would score the first goal for the Lumberjacks, as they didn’t look back winning 3-2.

They will face No.1 Andover in the net round.

No.7 Duluth East was also at home taking on No.10 Northern Edge. 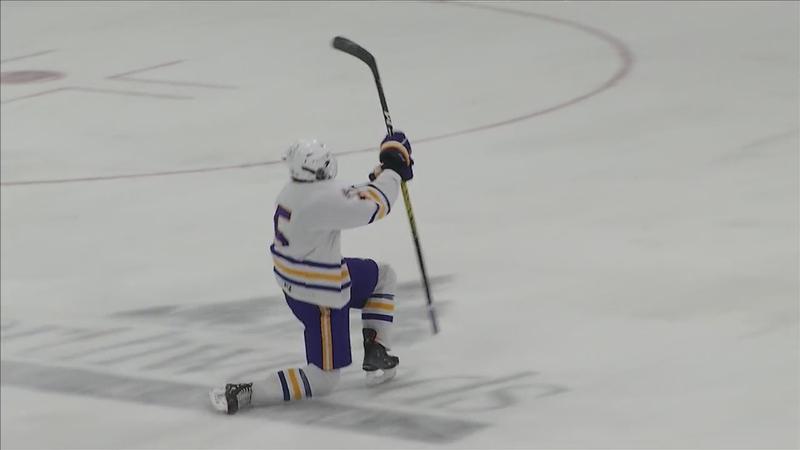 CEC moves on to play Andover

In section 7A No.8 Northshore took on No.9 Ely Tower Soudan

Northshore would score a touchdown winning 7-1. They move on to face the number one seed of Hermantown.

No. 7 International Falls was up against No.10 Moose Lake Area

International Falls won by the final of 7-0, moving on to face No.2 Duluth Denfeld.