Search and rescue exercise: an inside look at the training for responders

Saturday in the Chequamegon–Nicolet National Forest volunteer rescuers where in the woods for their latest mission, only it was for an exercise that Northwood Technical College hosted to teach future rescuers.

Thomas Renz EMS Training Manager at Northwood Technical College says, “Anyone that has anything to do with search and rescue team in the future has to start somewhere. And this is the beginning stages of that."

Around 30 students took part in the simulation, teaching them the real life skills of the job. The entire exercise was set up the night before. Organizer Rick Slatten from St. Louis County Rescue and his wife Debbie were the ones whose tracks were used for the mock search and rescue.

Starting at the theoretical car location, around four teams were searching for the simulated subjects walking up the side of the dirt road tracking their every step. 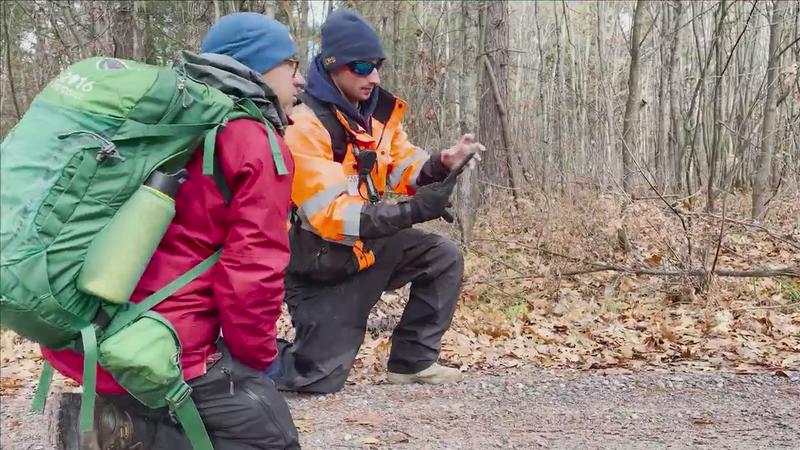 With two subjects missing Rick Slatten believes this engages al the teams. He says, "This exercise here, it’s got a lot of evidence to it. There’s a lot of intel that needs to be gathered and it’s multiple subjects. So it gives more teams the opportunity to get fully engaged and experience everything that happens on a search."

Along trail they were tracking, teams would mark out “signatures”. Slatten explains saying, “Signature characteristics are -what are the characteristics in that print that I can trace to my missing subject? Because it is never about a scarcity of sign it is about an overabundance of sign."

And since everything was set up the night before a lot of the evidence was tampered with. Either due to the weather or other people who weren’t apart of the exercise.

During the exercise multiple vehicles drove past and families where walking down the road, potentially interfering with the simulation. Slatten says though, “think it enhances the experience because it more matches reality."

And so although it may have been a little tougher for the teams, the instructors were impressed by how they were able to adapt. Rick says, “This is one phenomenal group of people, they are engaged, they are picking up tracks, they are finding evidence many people wouldn’t."