The Duluth Salvation Army brought a "donut truck" to Duluth Police Department headquarters. National Donut Day originated with the Salvation Army back in 1938. It commemorates the "Donut Lassies," who fried up comfort food for soldiers in World War I.

Wednesday, they offered donuts with a modern twist.

"Last year, they took the canteen out to the hospitals, and they served the frontline nurses. I think this year, it’s been a rough year for the police departments in general," Cyndi Frick, Salvation Army director of development, said. "We serve without discrimination. That’s part of our mission."

The Duluth Police Department Public Information Officer said it was a nice boost of morale. 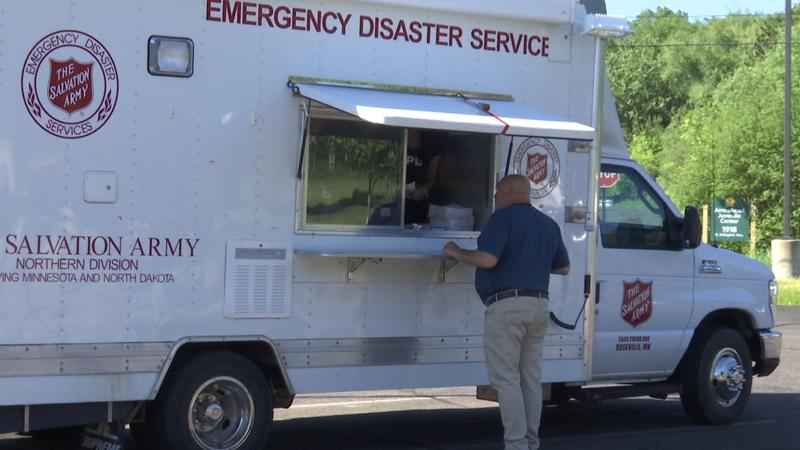 The Salvation Army served donuts out of an emergency services truck.[James Faynik/WDIO]

"Everybody goes, ‘Donut truck? What’s a donut truck?’" Mattie Hjelseth said. "There’s a truck full of donuts. Come and get a donut. So it’s really appreciative. We appreciate the support. We thank the Salvation Army for bringing down donuts for us."

Volunteers also brought donuts to police and fire stations in Proctor and Hermantown.