The Saints have marched into Geneva, Ohio, the home of the Division III NCAA Outdoor Track & Field Championships. Sophomores Calvin Boone and Lily Beneke arrived at the SPIRE Institute on Tuesday becoming the College of St. Scholastica’s (CSS) first pair to compete in nationals since 2016.

One week ago Boone brooke his own program record in the UW-La Crosse Qualifier to earn his spot in the NCAA 1,500 meter run.

"I knew it was going to be a tricky task to get the qualifying time, it was like 3:47.8 was what I needed to run when I came down," Boone recalled. "I kind of thought in the back of my mind that it’s a possibility if the race goes well, and it did. I crossed the finish line and I saw 3:47.6 and my eyes were just wide open for like two minutes afterwards not really sure that it was real."

Meeting that mark Boone became the first in program history to qualifiy for both the NCAA Outdoor Track & Field and NCAA Cross Country championships. 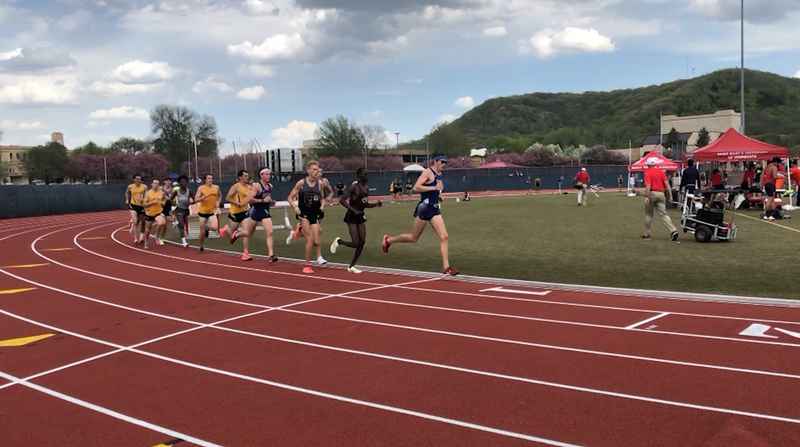 "Being in Duluth we don’t have an outdoor season until super late typically," Beneke said. "So just putting in the reps and inside just doing drills, not worrying about getting outside to actually throw," she added is key to finding success. "Putting the time in knowing that it will take me wherever it takes me, and honestly it was for the better this year."