Baihly Warfield was able to grab an interview with Ryan Anderson after he got his team settled. 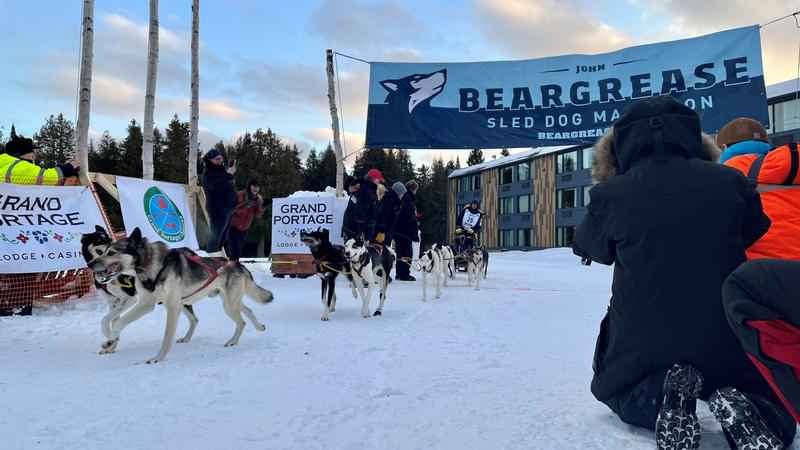 Anderson said winning his fourth Beargrease was his goal.

"When I started training this fall, I really wanted to win this race this year. So, I spent a lot of time thinking and analyzing and preparing the team as best I could," Anderson said.

He had taken the 2021 race off after his wife had their second child.

"I missed racing dogs a lot," he said. "It means a lot to me, and the wife said go ahead and race."

The 2022 Beargrease saw 13 teams scratch this year. Beargrease officials say warm temperatures and "punchy" snow made it too difficult to keep running. Anderson said he was trying to hold his team back due to the conditions.

"This is just really a talented, strong, fast team," Anderson said. "I was actually managing their speed, trying to slow them down. Until the last 20 miles coming into Skyport, is the only time I ever asked anything of this dog team. Ultimately they were going under the pace that this dog team could do."

"Slow for this team, is actually pretty fast," Anderson said.

Anderson is from Cushing, Wis. He and his wife have 35 dogs and two kids.

The top finishers are: