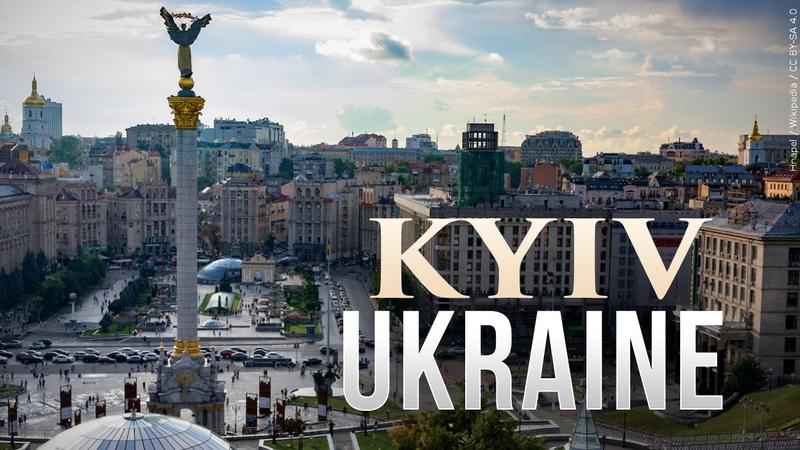 Russian troops are bearing down on Ukraine’s capital of Kyiv.

Mayor Vitaly Klitschko says five explosions hit an area near a major power plant on the city’s eastern outskirts. There was no information on the cause of the blasts, which Klitschko said occurred at intervals of several minutes. No electricity outages were immediately reported.

The entry into Kyiv comes a day after Russia unleashed airstrikes on cities and military bases and sent in troops and tanks from three sides.

Ukrainian President Volodymyr Zelenskyy released a video of himself and his senior aides in Kyiv to reassure the nation. In the video Zelenskyy recorded in the street outside the presidential office, he said he and his top officials are staying in the capital.

“Our troops are here, citizens are here,” Zelenskyy said, adding that “All of us are here protecting our independence of our country. And it will continue to be this way. Glory to our defenders, Glory to Ukraine, Glory to Heroes.”

In the fog of war, it was unclear how much of Ukraine remains under Ukrainian control and how much or little Russian forces have seized. The Kremlin accepted Kyiv’s offer to hold talks, but it appeared to be an effort to squeeze concessions out of Ukraine’s embattled president instead of a gesture toward a diplomatic solution.

Presidents of NATO’s eastern flank member states gathered Friday in Warsaw voiced their support for tough sanctions on Russia and its leaders for the invasion of Ukraine.

“There cannot be any ‘business as usual’ in this situation in relations with Russia because that would have been a betrayal of the principles of the honest, open world,” Poland’s President Andrzej Duda, said after the talks that he had hosted.

Russian President Vladimir Putin has hailed his troops for their courage as they press their offensive across Ukraine and bear down on Kyiv.

Speaking during Friday’s meeting of his Security Council, Putin claimed that most Ukrainian military units are reluctant to engage Russian forces.

He said the units offering resistance are mostly volunteer battalions made up of right-wing Ukrainian nationalists.

He offered no evidence for his claims, which could not be independently verified.

Echoing an earlier Russian military statement, Putin accused Ukrainian forces of deploying heavy weapons in urban areas in several big cities, including Kyiv and Kharkiv, to use civilians as shields.

The Russian president urged the Ukrainian military to end their resistance and turn on their leaders.

But it said Friday that current radiation levels do not pose a threat to the public.

Ukraine’s regulatory authority previously said that increased radiation levels may be due to military vehicles stirring up soil that remains contaminated from the accident in 1986, still known as the worst nuclear disaster in history.

But the measures are “within the operational range measured in the Exclusion Zone since it was established,” according to the IAEA.

The Chernobyl Exclusion Zone is a 2,600-square-kilometer (1,000-square-mile) area of forest lying between the Belarus-Ukraine border and Kyiv.

Russian forces took control over the site Thursday after a fierce battle with Ukrainian national guards protecting the plant.

Disagreement over venue for peace talks

The Kremlin says prospects for possible peace talks between Russia and Ukraine look uncertain due to apparent differences over a venue.

That agreement came in response to Ukrainian President Volodymyr Zelenskyy’s offer earlier in the day to discuss non-aligned status for Ukraine.

Peskov told reporters that after the parties discussed Minsk as a possible venue, Ukrainian officials changed course and said they were unwilling to travel to Minsk and would prefer to meet in NATO member Poland. They then halted further communication, Peskov said.

Putin has claimed that the western refusal to heed Russia’s demand to keep Ukraine out of NATO prompted him to order an invasion of the neighboring country.

The U.N. human rights office says it is receiving increasing reports of civilian casualties in Ukraine in the wake of Russia’s military invasion.

Spokeswoman Ravina Shamdasani of the office of the U.N. High Commissioner for Human Rights says its staffers have so far verified at least 127 civilian casualties. They include 25 people killed and 102 injured, mostly from shelling and airstrikes.

She cautioned Friday that the numbers are “very likely to be an underestimate.”

Shamdasani also said the rights office was “disturbed by the multiple arbitrary arrests” of demonstrators in Russia who on Thursday protested against the conflict.

“We understand more than 1,800 protesters were arrested,” she said, before adding that it was unclear how many might have been released already.

Meanwhile, spokeswoman Shabia Mantoo of the U.N. refugee agency, UNHCR, said its latest update had that more than 100,000 people were believed to have left their homes in Ukraine. She said the agency’s planning figures anticipated that “up to 4 million people may flee to other countries if the situation escalates.”