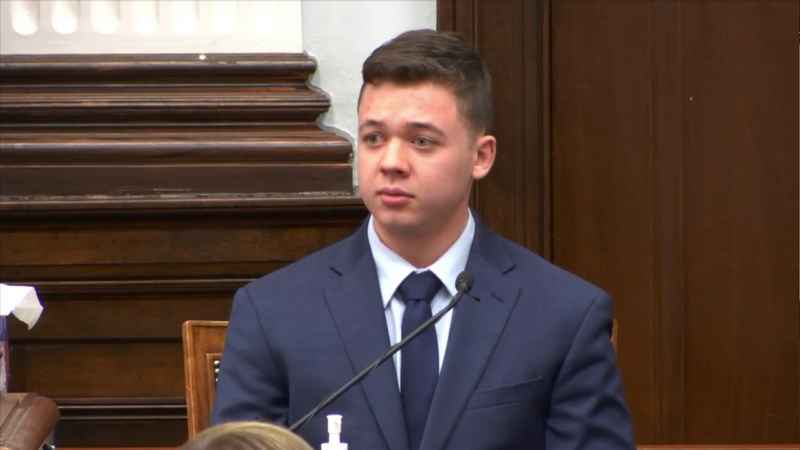 Kyle Rittenhouse took the stand to testify on his own behalf Wednesday.[Courtroom pool video via ABC]

Kyle Rittenhouse took the stand at his murder trial Wednesday and told the jury that he was under attack when he shot three men during a night of turbulent protests in Kenosha.

"I didn’t do anything wrong," he said. "I defended myself," he said.

Rittenhouse broke down while recounting the first shooting, prompting the judge to call a recess.

On cross-examination, Assistant District Attorney Thomas Binger accused Rittenhouse of wanting to kill the men. Rittenhouse denied that, saying he didn’t intend to kill anyone and fired only to stop them as they attacked him.

Later, Judge Bruce Schroeder sent the jury out of the courtroom and berated Binger for questioning Rittenhouse about whether he was using deadly force to protect property and about his silence after his arrest.

Schroeder heatedly accused Binger of improperly trying to introduce testimony that he had earlier said he was inclined to prohibit. The judge accused Binger of attempting to provoke a mistrial in the case with his line of questioning.

Defense attorneys later said they they will ask the judge to declare a mistrial. Schroeder did not immediately rule, saying he would give the prosecution a chance to respond.

Rittenhouse, 18, is on trial on charges of killing two men and wounding a third in the summer of 2020 during unrest that was set off by the wounding of a Black man by a white Kenosha police officer. He could get life in prison if convicted of the most serious charges against him.

The homicide charges include one count of reckless homicide, one count of intentional homicide and one of attempted intentional homicide. A legal expert says the difference in the charges is that prosecutors aren’t alleging that Rittenhouse intended to kill the first man he shot, but the charges in the other two shootings allege that Rittenhouse intended to shoot those men.