Two seasons ago the University of Minnesota Duluth (UMD) women’s hockey team traveled to Erie, Pennsyvania for the NCAA Women’s Ice Hockey Frozen Four. This season they closed out as championship runners-up at Penn State.

With that national tournament momentum, and the return of fifth year netminder Emma Soderberg, the Bulldogs hope to skate into the 2023 Frozen Four right at home in Amsoil Arena.

"That would be a huge experience," Soderberg said. "From the past two years, last year we got to the Frozen Four, made it into the semifinals, this year we got one game further. If we continue on that journey I think it’s going to be a pretty good spring in Duluth."

Head coach Maura Crowell said the tournament has made big advancements, and hopes Duluth can help continue that trend. She noted the abundance of signage around State College, welcoming hotel accomodations, and helpful tournament staff.

"One of the biggest differences between Erie and some other places that I’ve been for the Frozen Four is just the signage was really good," Crowell said about Penn State. "That was a big push from the NCAA to make sure that everyone in the area knew what was going on. I think it’s important that our players feel like rock stars when they go to a Frozen Four, and there was that feel." 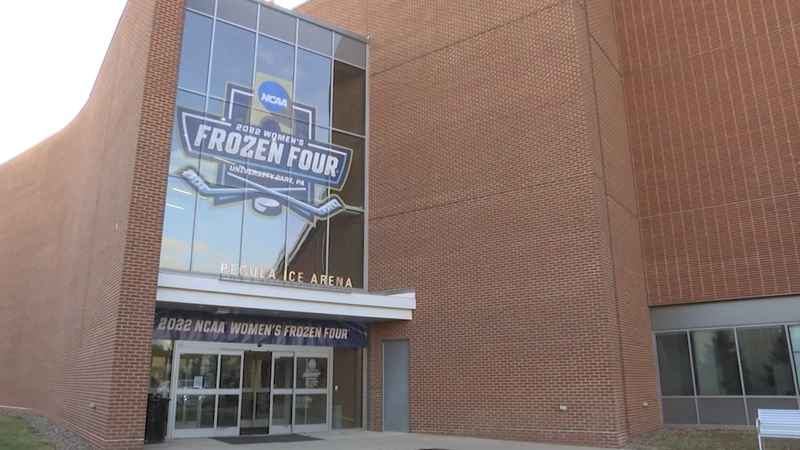 This will be the fourth overall, and first time since 2012, that UMD will host the tournament.