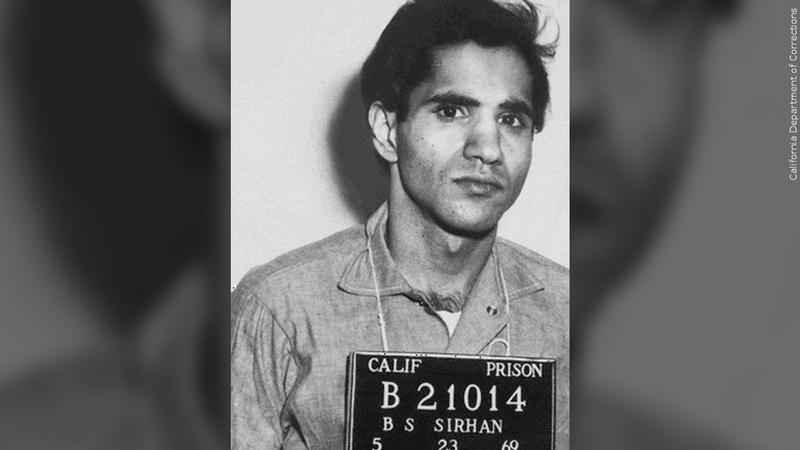 Sirhan Bishara Sirhan is a Palestinian of Jordanian citizenship who was convicted of the 1968 assassination of U.S. Senator Robert F. Kennedy., Photo Date: 5/23/69[California Department of Corrections ]

SAN DIEGO (AP) – The man who assassinated Sen. Robert F. Kennedy in 1968 is seeking parole for the 16th time. At least one of Kennedy’s sons, Douglas Kennedy, was in attendance Friday, but it wasn’t immediately clear if he was opposing Sirhan Sirhan’s release.

Robert F. Kennedy Jr. has spoken in favor of the 77-year-old Sirhan’s release and other children have called for a reinvestigation of the killing, which some believe involved a second shooter.

Prosecutors are not at the hearing in San Diego County and are not opposing Sirhan’s release.

Los Angeles County District Attorney George Gascón declined to participate because he said he believes the parole board is best at evaluating if an inmate is rehabilitated.