Many Northlanders are still trying to dig out from all the snow that’s fallen, and with all accumulation seen by many areas, it’s no easy task.

Those braving the winds to shovel on Tuesday telling WDIO it’s just part of living in the Northland.

"I grew up here, so it’s not surprising," said Lauren Hystead. "If the snow is coming, it’s going to come hard."

Residents across the region were knee-deep in flurries, putting in the work to safely get out of their driveways.

"I mean, I woke up and my car was totally covered," recalled UMD student Collin Bryhn. "I do have to go to a study group at some point today. So I’m {shoveling} before I can leave and go do some homework." 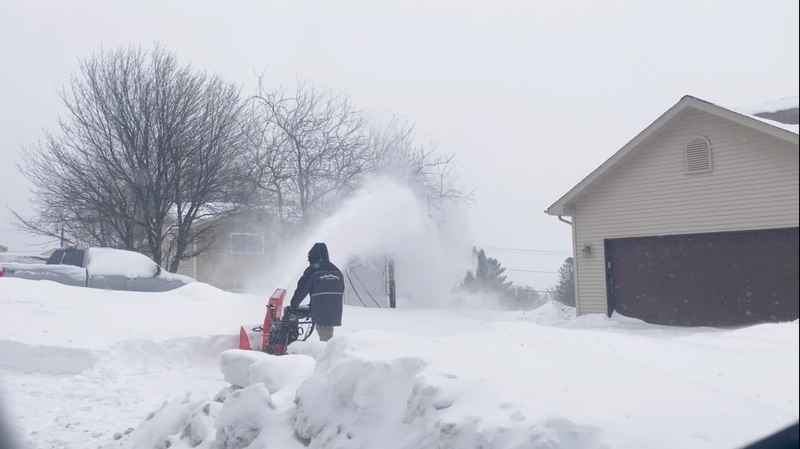 For many hardy Minnesotans, the clean-up just another part of living in the state

"It makes me feel like I’m truly home," said Hystead.

On Tuesday, law enforcement officials highlighting how crucial clean up on the local level is for the city of Duluth.

Deputy Fire Chief, Jon Otis, saying, "it’s really important that these sidewalks get cleared as quickly as possible so that people can get to get to work or get to the grocery store or get to the places that they need to go. Try to be a good neighbor, help people out. If you can give them an extra hand."

City ordinance requires that residents clear their sidewalks within 24 hours of a major snowfall. According to Otis, that 24 hour start time is estimated to begin Thursday at midnight. More information can be found on the city of Duluth’s website under Snow Removal Requirements.