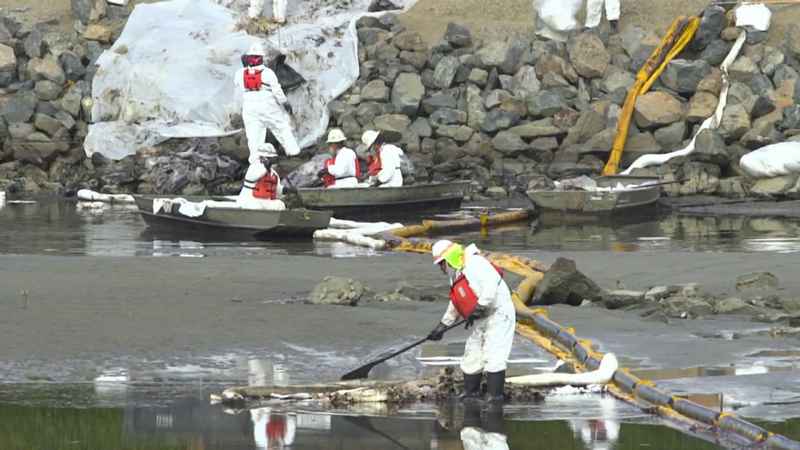 State reports reviewed Monday by The Associated Press raise questions about the Coast Guard’s response time as well as how quickly Amplify Energy, recognized it had a problem with its pipeline and notified authorities.

Officials say they’re investigating whether a ship’s anchor may have struck the pipeline on the ocean floor.

The spill sent up to 126,000 gallons of heavy crude into the ocean. It contaminated the sands of Huntington Beach and other coastal communities.