Moose Lake shut out Braham 49-0 the secure the milestone victory. If all went as planned this season the moment would have happened a week earlier out at Mesabi East.

However a short Covid set back experienced on the Rebels’ squad forced them to cancel their week four match where they expected to earn Louzek his 199th win. With everyone healthy again it came as somewhat a blessing in disguise as their schedule then allowed them to bring win number 200 home.

"You can’t pick and choose where those things are going to happen but obviously with big milestone when they can happen on your home field that’s always a great thing," Louzek said. "For our fans and our community, they’ve been just a huge part of Rebel football these last 23 years so to be able to do that at home really was a big deal."

Former Moose Lake-Willow River running back, 2016 graduate, Chris Regan said he knew he had to make the trip down to Rebels Field for the big moment. 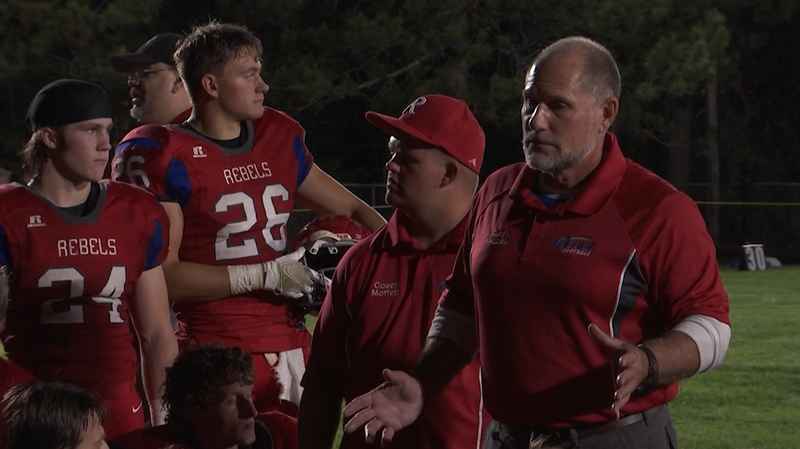 "It was pretty special, it’s just one of those milestones that you can consider yourself a part of," Regan said having played varsity football under Louzek. "Being a part of that program, it was one of the best times of my life. It taught me a bunch of stuff that I take into my day-to-day life even today."

Louzek and the Rebels will hunt for win number 201 Thursday as they host Hinckley-Finlayson for their regular season home finale.