There are now 2000 wooden owls in the world honoring baby Augustus Feth, who died at childbirth.

The carver of these little guys is Augustus’ great-grandfather, Bob Briski. The Zim man hit the 2000 number milestone in December.

"I can make about a dozen every two days," he told us. "People just love the owls, they come from all over. I know two are in Japan, and one is in Italy."

On Friday, he hand delivered the 2000th one to Rubin Stenseng, a board member of Friends of the Sax-Zim Bog. This is significant because Stenseng also received the very first owl in June of 2020.

"We met, and he told me about the plan to make the owls for Auggie. And when we parted ways, he gave me the owl. I was delighted. I went home, and wrote number 1 on it," Stenseng said. 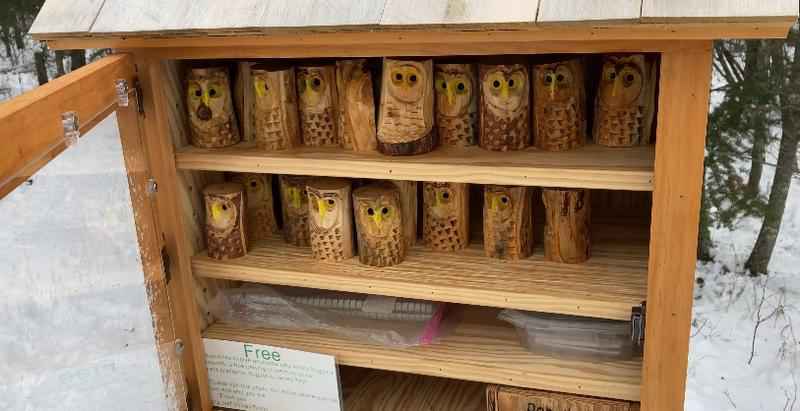 2000 owls are now throughout the world, from Auggie's Bogwalk in Zim.[WDIO]

Stenseng created a wooden cabinet for the owls, which sits at the end of Auggie’s Bogwalk. Birders are encouraged to sign their name in the book, if they take one home.

Auggie’s grandmother, Tracy Sauter, said, "The feeling is unexplainable. It just makes us happy he’s pretty much all over the world. Anyone who looks at them, thinks of him, and that makes our hearts happy."

The family hopes to create a scholarship in Auggie’s name as well.