Formed during the pandemic, the Run-A-Muck ATV Club is having a great time already.

"Just wanted to bring the community together, and connect our communities," shared Kim Chambers, the club treasurer.

And they are doing good things. One of their major rides of the year is a fundraiser called the Run-A-Muck Lucky Duck Ride. "It’s a duck race. People adopt rubber duckies for a fee, and then we drop them in the river. And it’s a race! The first five win prizes," explained Chris Sheff, the club secretary.

Last year, they brought in funds for the food bank. This year, they decided to give back to those who’ve served.

They donated over $6000 to the VFW Post in Keewatin, presenting the check on the 12th. "Everybody can get behind our veterans," Sheff added. 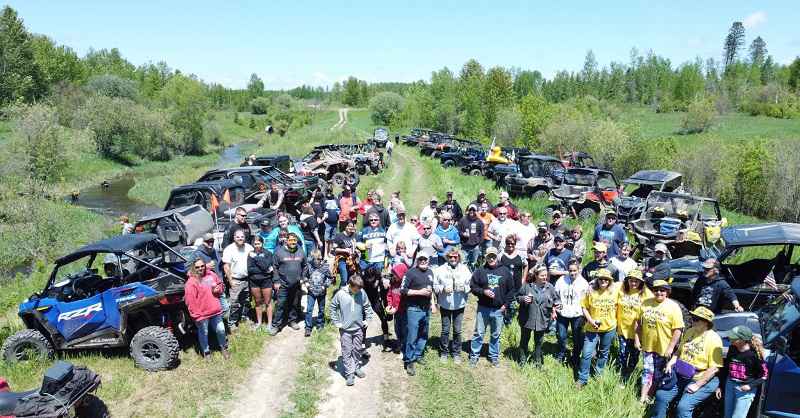 Commander Wade Yuhala said in a statement, "The Keewatin VFW post 5516 is a smaller post that meets at the Keewatin community center the 2nd Tuesday of the month. We do not have a canteen/bar to run and generate profits. Our post is full of great veterans but our average age is getting quite high. So when Run-A-Muck contacted me about the possibility of them donating the proceeds from their ride it was an amazing opportunity for our post to be able to keep funding local veteran programs. The club talked about trusting us to be able to help local veterans with the proceeds they donated. We donate to the Silver Bay Veterans home, the Mid Range Honor Guard, Fishing with Vets, and do yearly scholarships to a veterans child or grandchild to name a few of our donations. Without this generous gift we would have to cut our donations budget back. We cannot thank Run-A-Muck four wheeler club enough."