"This is an unusual year, and it’s not done:" Gov. Walz and other MN leaders visit Greenwood fire site

As Minnesota continues to battle an unprecedented wildfire season, state leaders visited the charred grounds of the Greenwood fire, which has now been burning for a month straight.

“It’s usually September when our fire season starts. We’ve already had close to 1900 fires that have burned five times more acres than we’ve seen on an average, so this is an unusual year and it’s not done. We usually fight these things until the snow comes,” Governor Tim Walz said.

Walz was joined by Senators Amy Klobuchar and Tina Smith, who hope to see the infrastructure bill they have been working on pass. The bipartisan bill includes money to support fighting fires.

“We’re working on legislation to make sure that these firefighters who work so hard are paid a living wage and have benefits for the incredible work that they are doing,” Smith said.

Klobuchar added that they hope the bill would also help make changes that could prevent future fires. 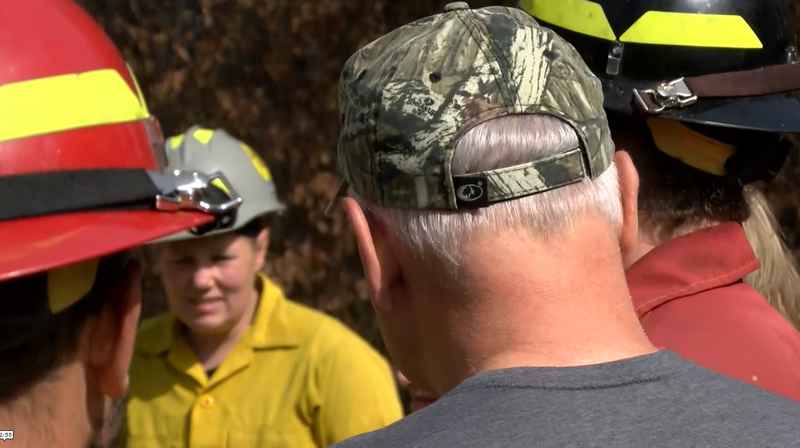 “This is going to mean thinning out some of the old growth here and that takes resources and we are literally going back to Washington next week to start working on that,” Klobuchar said.

This comes as the Greenwood fire continues to burn. On Monday, it grew by over 20 acres.

Walz praised firefighters from Minnesota and across the country for their ongoing efforts.

“These are our American neighbors who came here to Minnesota when we needed them,” Walz said. “I’m grateful they are here.”

While the fire does continue to burn, Jim Grant, Operation Sections Chief said he is hopeful.

“Here we have the best tool for fire and that’s water,” Grant said.

The very latest information about the Greenwood fire can be found here and it updated daily.