"I’ve never seen a drought like this:" Minnesota farmers struggle amid dry conditions

As drought conditions in Minnesota continue to worsen, farmers are being forced to make difficult decisions to feed their cattle.

Rhett Hulst, a farmer from Roseau County for example, recently made a five hour trip to Superior just to buy hay.

“I’ve never seen a drought like this in my lifetime,” Hulst said.

Hulst and his family have been raising cattle since the 1960s. Over time, Hulst said they’ve weathered many of Mother Nature’s harsh conditions, but never a drought that dried up their entire stock pond like this one.

“Normally I’d be standing in about four to five feet of water,” Knutson said. “Now, nothing.” 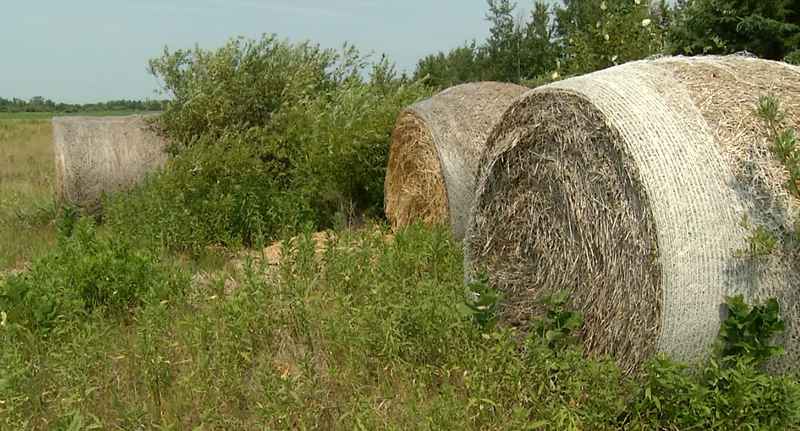 The lack of water has led to a lack of food like hay—forcing farmers to pay more money for hay or find alternatives to feed their cattle.

Evan Knutson, a Cattle Nutritionist, shared what some of those alternatives may be.

“There’s going to be a lot of straw and corn stalks fed to beef cows and then a protein and energy supplement alongside of it,” Knutson said.

“In the bread basket of America, there’s going to be a food shortage, you’re going to see food prices increasing and it could get sad,” Knutson said. “It could be hard on families that struggle to make the bills and get proper nutrition anyways.”

With limited funds to help from the state and federal government, both Hulst and Knutson are praying Mother Nature’s conditions take a turn.

“There were some tough times in 2019 and we finally got those checks last month in 2021. So, if the money were going to solve all the problems, it’s going to have to come a lot faster and money can’t buy hay that doesn’t exist so really our only hope is to just pray for rain,” Hulst said.

Roseau County is among ten counties where farmers are eligible for emergency loans under a disaster declaration issued Tuesday by the U.S. Department of Agriculture. The loans can be used to replace equipment or livestock, reorganize a farming operation, or refinance certain debts.