According to Kate Van Daele, Duluth Fire’s Public Information Officer, crews were alerted of the fire around 2:20 p.m. on Sunday.

Firefighters are continuing to put water on the three propane tanks as fire will come from them until propane is all out. 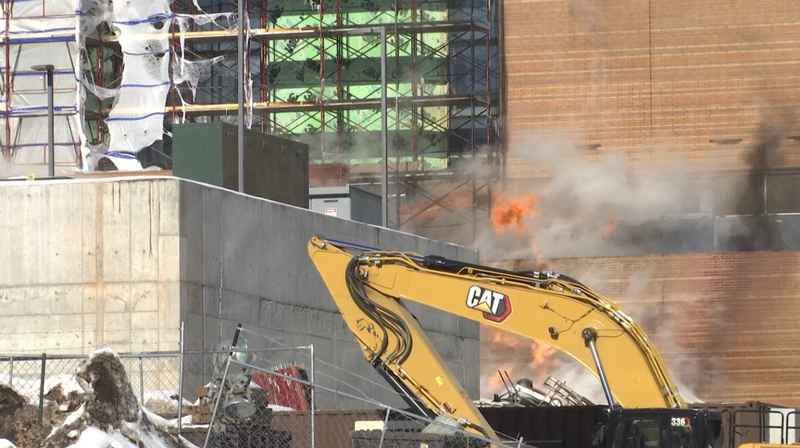 By 6:00 p.m, crews were able to put the third tank out. As of 7:30 p.m. crews were still on the scene, continuing to monitor the area until propane can be transferred and secured to another vessel.

Officials ask people to stay away from the area and detour around the site.

This is a developing story. Check back for updates.