Preparations for a potential ice storm in the Northland.

The preparations the frigid weekend are under way. As North East Minnesota braces for a potential ice storm.

Many people shopping for their needs at Marshall Hardware. Co-Owner AJ Marshall says, “People started to come in and get their salt grit prepping a little bit. You knew shovels and ice choppers."

And with a potential ice storm it’s best to have traction on the ground. Nothing a little grit and salt can’t change.

And it’s always best to be prepared, as a slip on the ice could cause some serious damage. 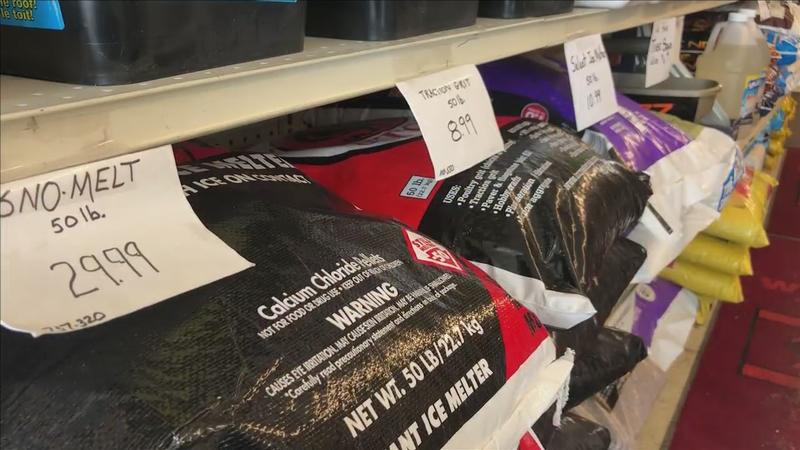 Mike Reuter from Essentia says, "Falls on ice are a common cause of injury they certainly can involve the elderly but anyone can fall on ice. Upper extremity injuries arm, hand, wrist injuries are common hip fractures are common from falls on ice."

And if you are out in the elements it’s always best to be aware of your surroundings and take it slow.

But some people are hunkering down and not going out at all. Marshall says, “A lot of people buying different home projects while they’re possibly going to be inside, you know, repairing plumbing and electrical work and stuff. A few puzzles. A lot of people have been buying puzzles and bringing their kids in for some different toys in case they got to be inside."