Heading into her third season with the University of Minnesota Duluth (UMD) women’s hockey team in 2019-2020, Ashton Bell made the transition from forward to defense. Seamlessly shifting into the new role it would open both career and life changing doors.

It all came to fruition this week as she was named to the Canadian women’s hockey team’s 2022 Olympic roster.

"We actually found out before Christmas over Zoom so that was a really special moment, immediately broke out in tears," Bell recalled. "The switch to defense just helped me overall [in] everything, in the end of it I was kind of made for defense."

After learning of her the selection Bell’s first call to the Bulldogs went to associate head coach Laura Bellamy, who one-on-one aided in her position change.

Bell is the first olympian to come out of Deloraine, Manitoba. The honor was earned after around four months of a gritty centralization process. 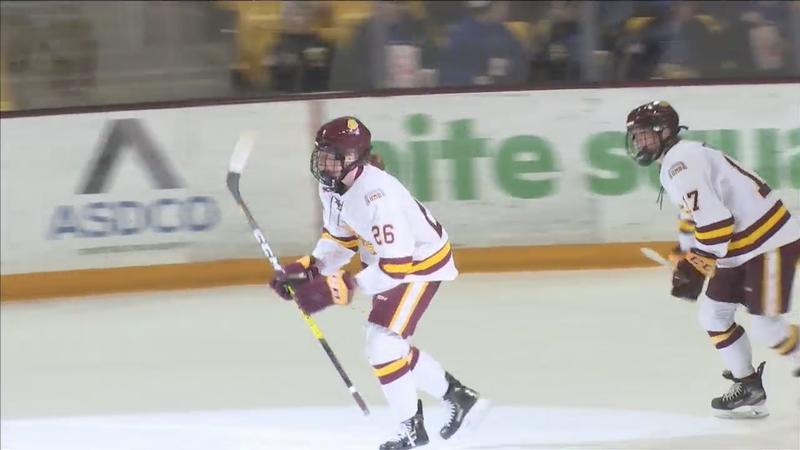 "Very stressful, you just never know really where you sit," Bell explained. "Kind of getting tossed up and down the line, or you’re sitting out a game. We played a lot of games in the centralization against U17 boys, junior 18s, so those games were definitely challenging. In the end it was all worth it and can’t believe I’m going to the Olympics and representing Canada."

A redshirt fifth year she does plan to return to UMD for a fifth season next year. Bell will be joined on Team Canada by UMD alum Jocelyne Larocque.