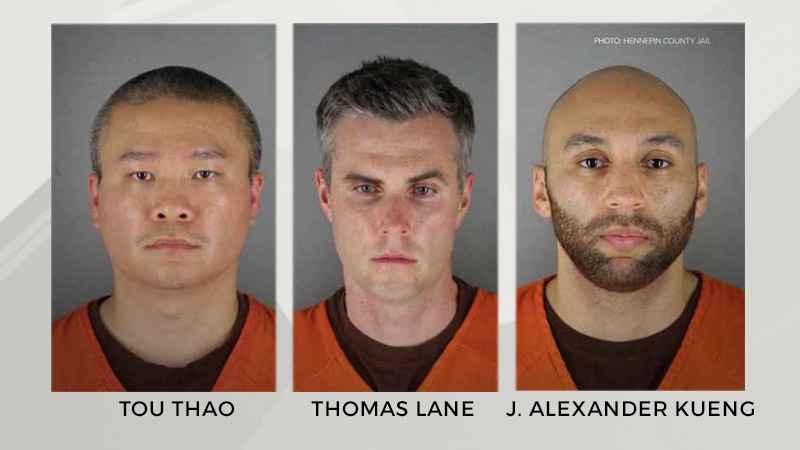 ST. PAUL, Minn. — A Minneapolis police officer who oversaw medical training for two of the three former officers charged with violating George Floyd’s civil rights testified Tuesday that the officers were taught to give CPR as soon as they can’t find a pulse.

Officer Nicole MacKenzie is the Minneapolis Police Department’s medical support coordinator. She took the stand for a second day in the federal trial of J. Alexander Kung, Thomas Lane and Tou Thao. She testified Monday that Kueng and Lane were in a police academy “emergency medical responder” class that she taught.

According to Hubbard Broadcasting sister station, KSTP-TV, MacKenzie discussed police training on checking pulses, consciousness, airways, breathing and circulation, recovery position, excited delirium and overdoses, and even walked through some video to explain what the former officers should’ve done.

The defense began its cross-examination of MacKenzie before lunch but didn’t get too far before the judge called for a recess. The trial is set to continue at 2 p.m.

As court resumes after lunch, Tou Thao’s attorney Robert Paule began to question MacKenzie. According to KSTP reporter Callan Gray, Paule asks "Have you ever been trained as a Minneapolis Police officer to put your knee on someone’s neck?" MacKenzie replied, "No."

Mackenzie confirmed that she teaches officers about excited delirium, saying "Understanding that this is a medical condition, this isn’t a person who is intentionally trying to be difficult…"

Thao’s attorney asks whether a person could have acute onset of excited delirium in the middle of an encounter with police, which Mackenzie answers, "What I believe to be a pretty rare phenomenon, that would seem unlikely but not impossible."

Paule is asking MacKenzie about notes within the excited delirium presentation. She testified she was unaware of the notes until recently, says it’s possible others are teaching the notes.

Paule then asked her about notes within the excited delirium presentation. He draws attention to the notes about excited delirium risks. Mackenzie says it says "generally co-morbities" and explained "It’s going to take a lot more effort to revive this person… the chances of survival are going to be less than a person of average health."

Paule plays a teaching video included in excited delirium training, and asks "You can see officers… keeping back bystanders?" To which Mackenzie replies, "yes."

Kueng, Lane and Thao are accused of depriving Floyd of his rights when they failed to give him medical aid as Officer Derek Chauvin knelt on the Black man’s neck for 9 1/2 minutes.

The defense spent the afternoon questioning MacKenzie, who said she’s never been trained to put a knee on someone’s neck. The defense focused on excited delirium and MacKenzie noted someone experiencing excited delirium will take “a lot more effort to revive” and their chances of survival will drop.

Thao’s attorneys also highlighted several old training videos where an officer places a knee across the neck area of a subject and noted an instructor never stepped in. MacKenzie confirmed those situations but reiterated that it’s not trained to do that and said an instructor may have let those situations play out and offered critiques afterward.

She said officers are trained to get subjects under control, get emergency personnel to a scene early and put subjects in a recovery position.

Defense attorneys also highlighted the need for a safe scene and for officers to get Floyd under control.

As for checking Floyd’s pulse, Kueng’s attorney got MacKenzie to confirm that Chauvin was in the best spot to check Floyd’s pulse but Kueng did check for a pulse and reported it to Chauvin. MacKenzie confirmed Chauvin overruled Kueng.

The trial is set to continue Wednesday morning. It’s unclear how many more witnesses the prosecution intends to call.