ALBUQUERQUE, N.M. (AP) — One Albuquerque police officer is in critical condition after being shot while responding to a robbery.

Another is recovering from a gunshot wound to the forearm, and a third was saved by a bulletproof vest during Thursday morning’s shooting on the city’s northeast side. A fourth officer was hit in the eye with shrapnel.

Medina said the suspect believed to have fired at officers was shot and is in a condition that is stable.

Albuquerque Mayor Tim Keller called it a horrible scene. The city has been struggling with a record number of homicides this year. 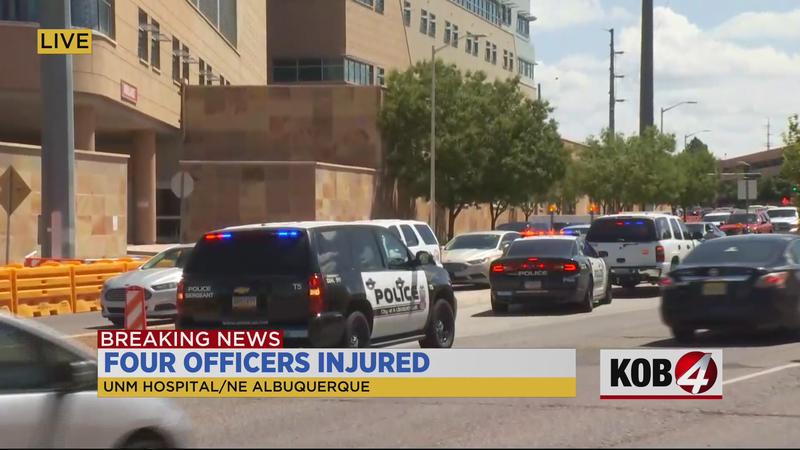