The Richfield Police Department said they arrested two suspects in connection to the deadly shooting at the South Education Center in Richfield.

Officers said they also recovered a handgun, according to a news release sent Tuesday night.

Police said they are not searching for any additional suspects, but continue to process evidence. 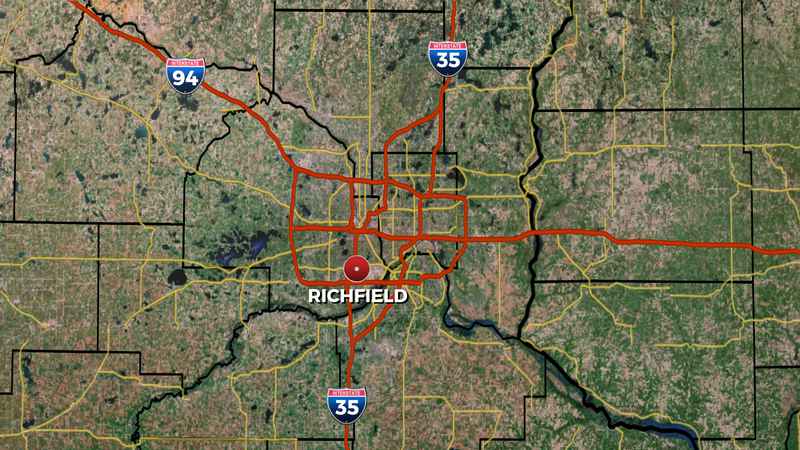 Additional information is expected to be shared on Wednesday.

One student is dead and another is in critical condition following a shooting outside South Education Center in Richfield Tuesday afternoon, according to Hubbard Broadcasting sister-station KSTP.

According to Richfield Police Chief Jay Henthorne, who spoke during a Tuesday afternoon news conference, officers responded to the school, in the area of West 75th Street and Penn Avenue South.

Henthorne reported that when officers arrived at the scene at 12:07 p.m., they found the two students on the sidewalk outside the school.

The students were transported to Hennepin County Medical Center, Henthorne said, where one student later died and the second remains in critical condition.

Henthorne said the suspects had fled the scene right after the shooting.

Earlier: A large law enforcement presence is in Richfield Tuesday afternoon, responding to what the St. Paul division of the Bureau of Alcohol, Tobacco, Firearms and Explosives (ATF) described as a report of a shooting near a school. According to Hubbard Broadcasting sister-station KSTP, police were in the area of West 75th Street and Penn Avenue South.

Intermediate District 287’s website stated early Tuesday afternoon the district was aware of a police situation at the South Education Center, and they are still gathering information.

In addition, the district says the site is on a hard lockdown, and will be communicating updates with families as soon as they have information.

Later in the afternoon, the message on the district’s site was updated to say there was a “safety incident at South Education Center”, and they will be communicating updates with families as soon as we have more information.

According to a 5 EYEWITNESS NEWS crew at the scene, Hopkins, Eden Prairie and St. Louis Park police were among the law enforcement officials at the scene.

FBI agents and special agents from the St. Paul division of the Bureau of Alcohol, Tobacco, Firearms and Explosives (ATF) were also at the scene.

A Hennepin County Medical Center ambulance was visible, as was a Richfield Fire Department engine.

Gov. Tim Walz said he is being briefed on the situation.

“Our Department of Public Safety is in touch with local law enforcement and we are monitoring the situation closely,” Walz said in a statement via social media.