RACINE, Wis. (AP) – Police say two people have been shot at a cemetery south of Milwaukee.

Racine police described the shooting Thursday as a “critical” incident and urged people to stay away.

Police said multiple shots were fired in the direction of a funeral service.

Sgt. Kristi Wilcox says a juvenile was treated and released and a second was flown to a hospital in Milwaukee.

Racine police said on social media that numerous shots were fired about 2:30 p.m. Thursday at Graceland Cemetery in Racine, south of Milwaukee. 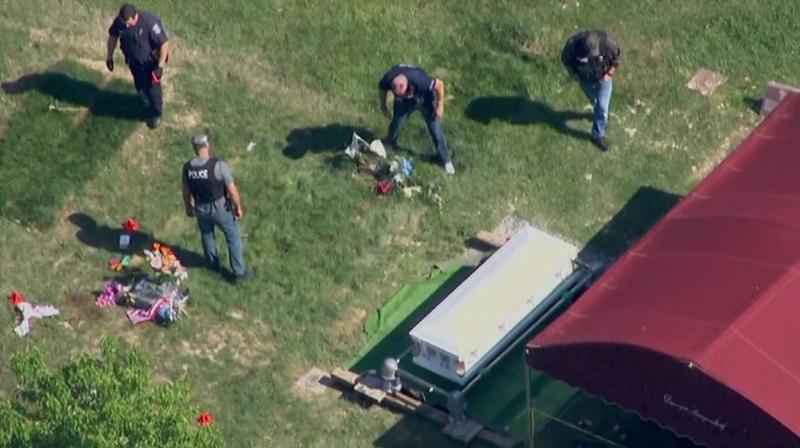 Ascension All Saints Hospital, which is next to the cemetery, is treating an undisclosed number of victims from the shooting. A hospital official says the facility is on lockdown “out of an abundance of caution” following the shooting.

The Racine Journal Times reports that area residents said they heard 20 to 30 shots. One woman said “it sounded like firecrackers.”