While the Duluth Huskies weren’t able to pick up a win on Friday night, Willmar bested Eau Claire which propelled Duluth into the postseason.

This marks the Huskies first playoff berth since 2018. That’s back when now-manager Marcus Pointer was the team’s pitching coach.

"It’s huge, Pointed said. "There was a little drought there, but that is kind of our goal and expectation every summer, to give ourselves a shot to get in the playoffs. After that, everyone has a shot."

First up the Huskies will enter a best-of-three series against the Waterloo Bucks starting on Sunday.

"We’ve got nothing to lose," Duluth third baseman Mike Boeve said. "Our record is clearly not the best, [but] we made the playoffs and that’s all that matters. Once that game one starts, everyone is 0-0." 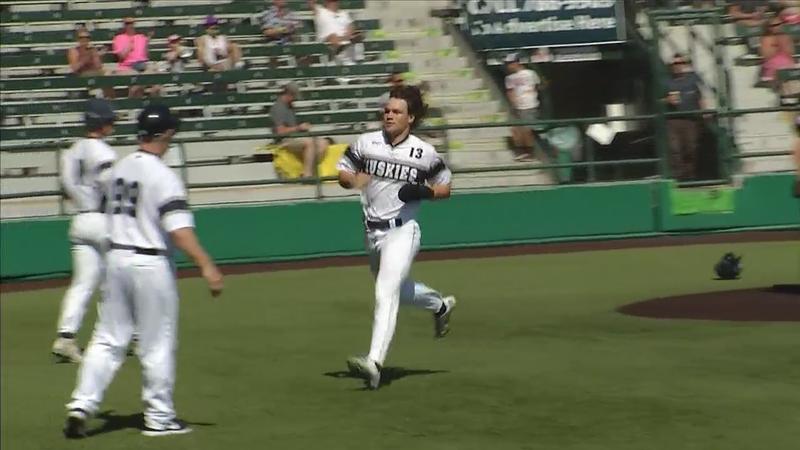 Calyn Halvorson (13) scores to put the Huskies up 3-1 over Bismarck during their regular season finale Saturday at Wade Stadium.[WDIO/Glenn Kellahan]

The Huskies entered this afternoon sitting 17-16 on the second half of the season, with one final regular season game remaining. Duluth would dominate the Bismarck Larks 13-3 in their finale.

The first pitch of their playoff series in Waterloo is set for 4:05pm on Sunday.